Golden Gate Minutemen gathered on the front lawn of City Hall on a recent morning and demanded that Mayor Gavin Newsom resign for helping San Francisco retain its status as a Sanctuary City.

They were met head-on, however, by 250 residents who supported the mayor and the city’s policy.

“We have a situation where there is a reality in which minorities are having a difficult time politically,” said Aurora Grajeda, a Mission District resident since 1969 and a participant in the protest against the Minutemen. “The Minutemen are using horrible incidents to justify their actions. They are making a whole narrative about it.”

For their part, the Golden Gate Minutemen, a coalition of vigilantes who volunteer to patrol the United States and Mexican border, said they only object to undocumented immigrants.

Protesters, many from non-profit organizations such as Legal de La Raza and POWER, drowned out much of the Minutemen’s two-hour event.

The mayor failed to appear, but Immigration Customs Enforcement, made their presence felt strongly throughout San Francisco in the past few weeks. They have arrested 436 undocumented immigrants in Northern California last month alone.

[kml_flashembed movie=”http://media.journalism.berkeley.edu/mission/saldivar_minutemen_ptw/soundslider.swf” height=”500″ width=”400″ /]Although San Francisco has considered itself a refuge city since 1989, Newsom announced last July that youths would no longer be immune from deportation under the sanctuary law, a decision many consider to compromise the mayor’s previous promise of keeping San Francisco a sanctuary city.

Grajeda said the Minutemen’s platform is based on racism and intolerance. Moreover, she said, the group is a symptom of something bigger. “They are the effects. The results.

“They are getting recruitment through Michael Savage and other likeminded media outlets,” she said referring to a conservative talk-show host known for his anti-immigrant views.

Although tensions ran high, the two-hour event was relatively peaceful and police only needed to intervene a few times when protestors entered the lawn where The Minutemen were demonstrating. The scream matches were loud but no physical violence erupted. Police officers eventually installed fences to keep the two groups from clashing.

Raymond Herrera, a Mexican and veteran of the Vietnam War, came from Southern California to speak on behalf of the volunteering vigilantes.

“I know these people,” Herrera said, referring to undocumented immigrants.

“You give them an inch and they take a mile. They need to start a Mexican revolution because they can’t have the American Dream.”

Guillermina Castellanos, a Mission District resident for 22 years, said she felt their protest against the Minutemen was successful.

“It’s important they see we can organize and fight and win,” she said. 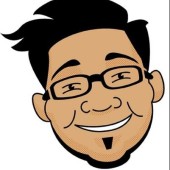