Two weeks ago, San Francisco police officers shot and killed Michael MacFhionghain, 57, and Rafael Mendoza, 49, while the former appeared to attack the latter with a knife.

MacFhionghain and Mendoza became the 49th and 50th people to be fatally shot by SFPD officers since 2002, according to a Mission Local analysis of police data. The May 19 incident was the 128th “officer-involved shooting” recorded by the department over the past two decades.

Some 39 suspects, and eight bystanders, have been shot and injured by officers during the same period.

Explore every SFPD shooting going back to 2002 using the map and table below. Shooting descriptions are adapted from police accounts; some events are disputed.

Data from SFPD. Locations are approximate. We could not find an address for three shootings; these have been omitted.

A note on the data: There are gray areas here that make it tricky to define some metrics in a concrete way, even those you might expect to be crystal clear, like deaths and injuries.

For instance, Sean Moore was shot while unarmed in early 2017 and died from complications related to his injury three years later. In the SFPD’s annotated list of officer-involved shootings, his death is not mentioned, and Moore appears to have been counted in their statistics as an injury rather than a fatality.

Similarly, an off-duty police officer intervened in a carjacking in 2020 and shot a suspect, injuring him. The suspect was later killed, but by the South San Francisco Police Department; so, again, the incident seems to be recorded as an injury rather than a killing.

This means that, depending on how the data is sliced, the number of fatalities may be higher than 50. Caveats aside, we can still learn a lot from these SFPD reports.

Police have suffered casualties during officer-involved shootings. An officer was shot and killed while trying to arrest a suspect wanted for robbery and weapons offenses in 2006, and 18 officers have been injured in exchanges of gunfire. Eight officers have shot and injured themselves since 2002, and a further eight died from self-inflicted gunshot wounds.

In roughly two-thirds of the 112 officer-involved shootings that involved firing at suspects, police shot at people who were not armed with guns. Suspects were armed with knives in around 21 percent of shootings, and were unarmed in 16 percent.

On at least three occasions, officers shot and killed suspects who were brandishing fake guns. 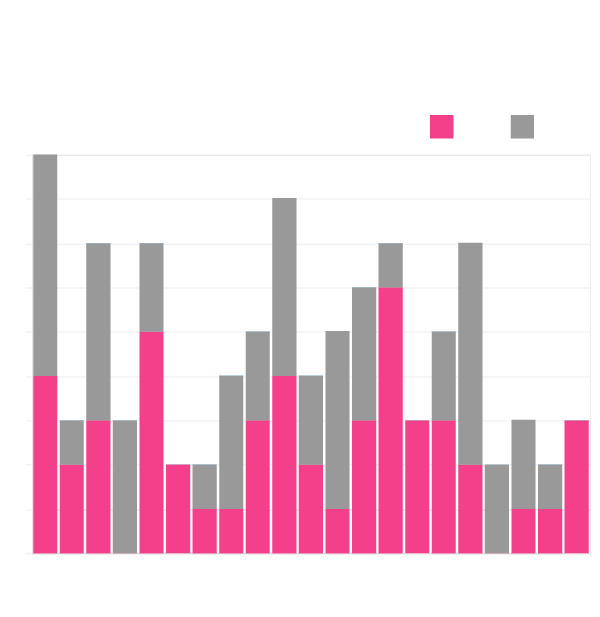 Data from SFPD. This chart includes bystanders and suspects, as well as shootings by off-duty officers, but does not include officers shooting themselves or fellow officers.