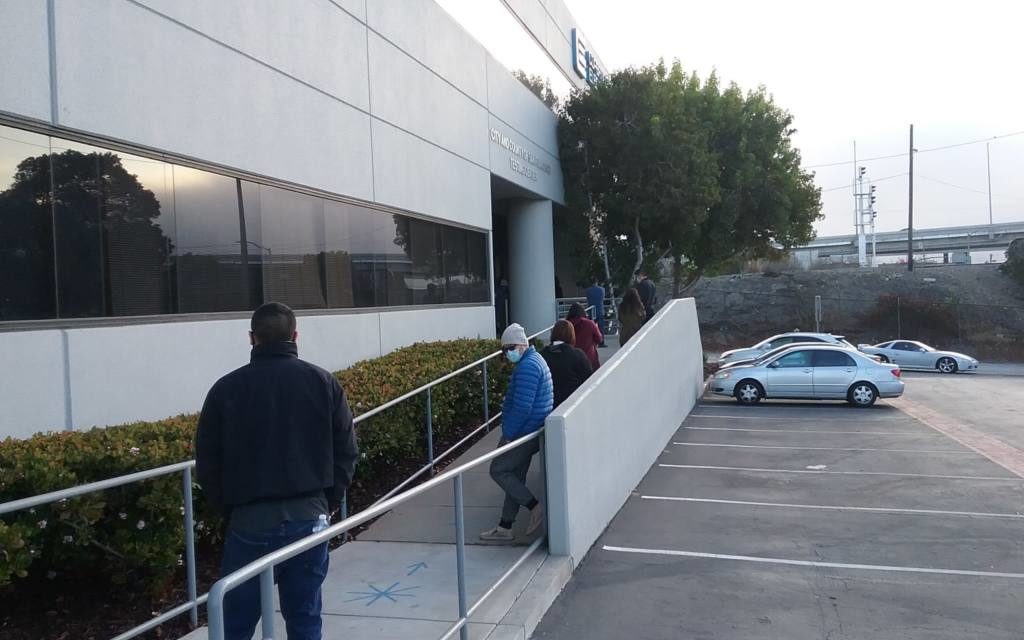 Men and women line up outside San Francisco’s test center to take a civil service exam at 7:58 a.m. on Monday, Oct. 5. Around 18 test-takers sat for the four-hour exam in one large room. Photo by Joe Eskenazi

Shortly after sunrise on Monday, a physically distanced line of masked men and women glanced up from their phones as an empty Caltrain barreled past on a railroad bridge only a few meters away.

They were gathering outside at San Francisco’s testing center on an industrial stretch of Cesar Chavez, preparing to take four-hour civil service exams — on paper, in person and, city sources tell us, in groups of up to 50 at a time in a large, windowless exam room.

In-person exams have been taking place here since August for aspiring city workers and current employees hoping to become eligible for promotion.

Test-takers expressing consternation with the situation have been assured by Department of Human Resources officials that, while the testing room does not have windows, several doors would be opened, allowing a breeze.

And while some of the people waiting here at 7:45 a.m. on a Monday felt reassured by the city’s precautions — physical distancing, oral screenings, mandatory masks — others did not.

“Last night when I was talking to my partner, I said, ‘I don’t want to go.’ But if a job comes up two months from now, and I want to apply, if I don’t take this exam, I won’t be allowed to. I feel obliged to take this exam,” said one city worker waiting in line.

“Taking a test in a room surrounded by strangers during a global pandemic adds a level of anxiety.”

It was all puzzling to this applicant — and so many others. Because shepherding up to 50 test-takers, along with proctors, into an exam room for up to four hours at a time would appear to be at least as concerning as other activities forbidden during the region’s ongoing shelter-in-place order: Worship activities, musical or theatrical events, in-person schools. 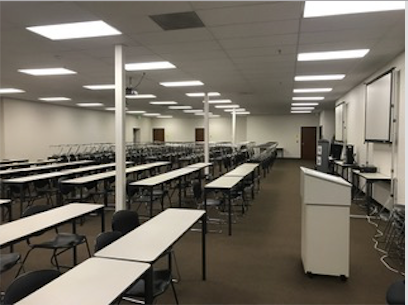 The situation, in fact, was doubly puzzling for this test-taker — who has worked for San Francisco for the better part of a decade, and has taken prior civil service exams remotely, from home. In fact, San Francisco does administer a sliver of its civil service exams remotely, and did so even before the onset of the pandemic. But only for a small portion of job categories.

San Francisco’s approach diverges from both the city of Oakland and Contra Costa County, which have moved most if not all civil service examinations online.

When asked why they did this, Contra Costa HR manager Tina Pruett responded bluntly that in-person testing “is just not a risk worth taking. I don’t want to put my team members at risk.”

In fact, since Contra Costa went online, Pruett says a more diverse pool of applicants has been taking the test. She believes that’s because lining up child care or begging for time off work are no longer burdens when you can take the test on your own time.

If her county mandated in-person testing, “I imagine we’d lose out on a lot of people who have higher risk. We could be losing better candidates. Putting yourself in a situation where you have to choose if you feel safe over where you’re trying to provide for your family is a tough call.”

But that’s the call we’re making in San Francisco.

When asked a series of questions about San Francisco’s civil service examinations and procedures during the pandemic, the Department of Human Resources sent back the following statement:

The Department of Human Resources immediately stopped all testing services in March 2020 after the first shelter in place public health order was issued.

Under strict consultation with public health officials DHR reopened testing in limited capacity in August 2020 to allow testing for essential positions such as, public health managers, stationary engineers who work on ventilation systems, porters who are specially trained custodians.

When you ask testing professionals why everyone taking a remote exam won’t just cheat, it’s a bit like asking an evolutionary biologist why, if we’re descended from monkeys, there are still monkeys.

It’s an intuitive question, but one that also reveals a great deal of ignorance. So they explain.

In Contra Costa, Pruett says, they simply wrote a test that doesn’t center around “regurgitation of information.” Rote memorization answers — What document was signed at Runnymede? Who’s buried in Grant’s tomb? — are only so valuable. Writing more intellectually complicated questions “makes for a better test,” Pruett notes. “And that’s part of why we were working toward this goal anyway.”

If you write a test where you can’t simply Google the answers, then wayward Googlers won’t be rewarded. And if you put a strict time limit on such a test, attempts to beat the system with web searches may lead instead to being beaten by the clock.

It turns out there’s a raft of scholarly studies on the prevalence of cheating — or lack thereof — in remote exams. Do people cheat? Yes. But fewer than you might think — and, it should be noted, San Francisco has suffered through its share of cheating on in-person exams in which applicants obtained a test beforehand or other such shenanigans far less innocuous than Googling who’s in Grant’s tomb.

Clinton Kelly is a principal consultant at ioPredict, an online testing outfit. His company has worked with Oakland and Contra Costa in establishing their unproctored, remote-testing programs. But he’s also helped set up proctored remote exams with Placer County. Test-takers might be watched via their webcams, or the lengthy video of their test may be reviewed later if irregularities are detected.

That sounds a bit creepy. But, truthfully, so does administering an exam in the midst of a pandemic. 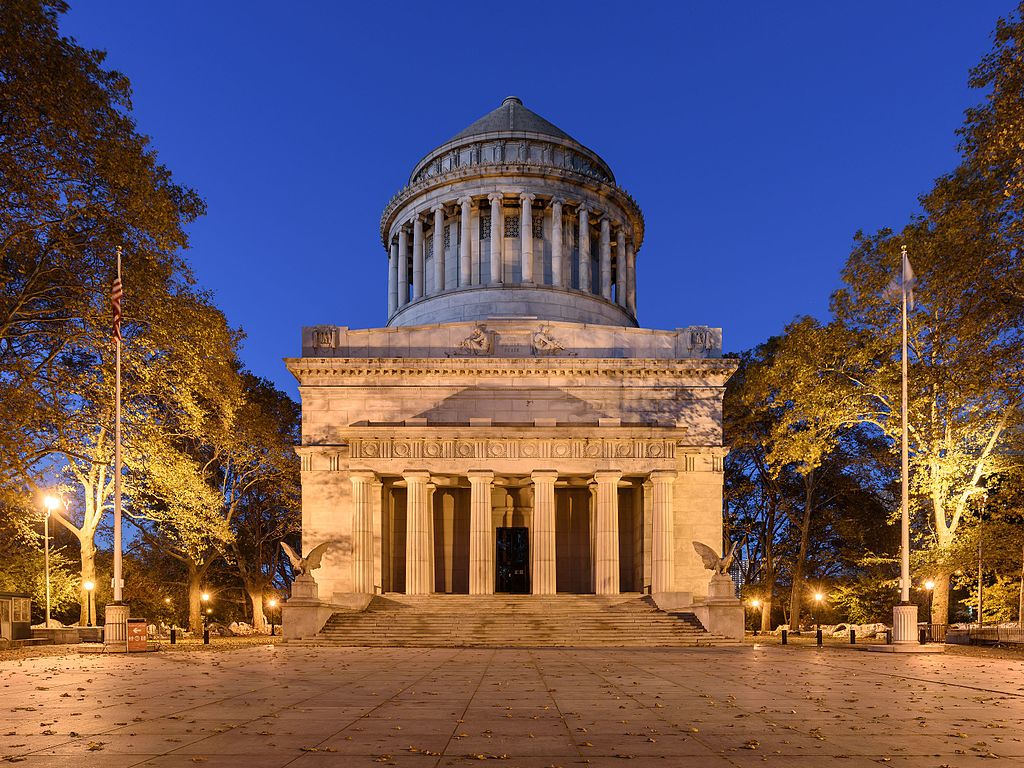 The answer to the question is “Ulysses S. Grant.”

Using concerns about the honesty of San Francisco’s test-takers as a rationale for in-person exams, however, is strained by the oral screening process greeting those test-takers at the front door of the test center.

The city may not trust test-takers to be honest when taking a test in their homes. But it is trusting them to honestly answer questions about suffering recent Covid symptoms, coming into contact with a Covid patient, or having been diagnosed with the disease in the past 10 days.

“That’s a big no,” said one bemasked man when asked the questions, before sauntering through the door.

A test-taker tells us that only around 18 people were sitting for the exam on Monday, along with six proctors. The test-takers were asked to turn off their electronic devices and place their government-issued ID and their phones in a ziplock bag they’d been instructed in advance to bring. Then their ID was checked by a second person, and they were handed a Scantron fill-in sheet of the sort you may have used in high school.

Once within the exam room, this test-taker said everyone was spaced out fairly decently. There were people 15 feet away from him laterally, but only six to eight feet in front and back of him.

The instructions last at least a half an hour, and the test can last three-and-a-half hours more.

“This is a far different experience from going to the grocery store to run essential errands,” he said afterwards. “We were sitting in a room with people, wearing our masks, but for hours, and for what doesn’t seem to be an essential need.”

He wondered if the test he’d completed would better measure his ability to allay fears of sickness and death than his mastery of the subject matter.

Regardless, “I think I did fine.”

He’ll find out his test results — of this test, at least — in three to six weeks.