Cesar Chavez mural may come down

What’s going on in the neighborhood?

The historic mural on 24th and York Streets dedicated to Cesar Chavez and Dolores Huerta may finally be struck down after plans to demolish the building and replace it with a five-story apartment building proceed.

The mural featuring Cesar Chavez and Dolores Huerta was painted in 1985 by artist Carlos “Kookie” Gonzalez and his mentor, Ray Patlan. Gonzalez continued to pour his heart into the paintings and restore them following vandalizations over the years. Gonzalez started a GoFundMe to “preserve sections of the iconic mural to donate each section to the Mission community agencies that provide services to youth families and seniors.” The organization’s goal is to raise $3,000 by Sept. 10. If you’re so inclined, donate here.

The story of Kenneth Reams, the youngest person to be put on deathly lethal injection in Arkansas for being an unarmed accomplice in a robbery gone deadly, will be amplified through audiovisual events and a poetic reading of Ream’s poem “Distributive Justice” at an online stream featuring Grand Theater. Gray Area Theater artist Bathing Brandon Eversole will showcase an audiovisual performance in support of Reams. Alkimiya Transfer guides audiences through how Reams remains in solitary confinement after 27 years, but continues to uplift through activism and art. The performance starts August 28 at 8 p.m. with a suggested donation of $10 or more. Half of the proceeds will go to Reams. RSVP here.

Black residents are eligible to receive discounts or free classes through Dance Mission Theater’s recently announced “Reparations Program.” Those who qualify may rent theater space free of charge, enroll in free youth classes, and get discounts on adult classes and studio rentals.

“What we are grappling with here at Dance Mission is what it means to be in solidarity with the Black Lives Matter effort. We want to support our Black colleagues, audiences, and children as we move forward,” said Executive Director Krissy Keefer in the program’s description.

It’s Outside-In Day with “Inside Lands”

Hearts were broken all over the country when music lovers realized an Outside Lands set in Golden Gate Park couldn’t happen in 2020, but look on the bright side: the virtual replacement, “Inside Lands,” will offer the music you love without costing a pretty penny. That’s right, it’s free. And you don’t have to use a Porta Potty that tens of drunk strangers already passed through. Stream the tunes of Elton John, Gorillaz, Kehlani, Beach House, and more on Aug. 28 to 29 starting at 4 p.m. It streams on Twitch, only on this channel.

Some things to look forward to  (surprisingly)

So, it’s month six of shelter-in-place and you’re getting sick of the way your walls look. Give your room a stylish revamp by adding some art. San Francisco (Open) Studios, the 45-year-old tradition that allowed art lovers to peruse and purchase local work, continues on … online, that is.

On Wednesdays, Thursdays and Saturdays from September 16 through October 14, people will get the chance to speak with more than 250 local artists and engage in free virtual and interactive events. The opening ceremony is sketched out for September 17 from 6:30 to 8:30 p.m. This is presented by ArtSpan. Register and learn more here.

While a lockdown was not in the script for the San Francisco Documentary Film Festival, the show must go on. From September 3 to 20, the 19th SF DocFest unveils 29 feature films, 20 shorts and virtual events such as Q&As with filmmakers, the Bad Art Gallery, and cocktail hours.

This year’s lineup features some Bay Area subjects and artists, including a Mission filmmaker, Jennifer Maytorena Taylor, who presents her film about a Vermont town’s reaction to Syrian refugees, For the Love of Rutland. If that’s not your taste, check out movies about the history of video game developer Midway Games, the Oakland band The Matches, or one punk Buddhist later accused of sexual misconduct. For more information, go here. 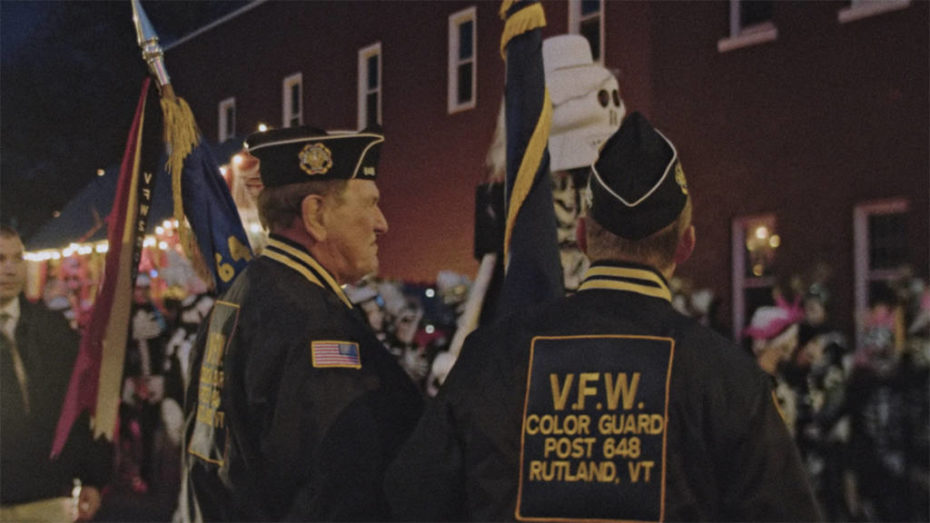