The first words Vincent spoke to me were: “I don’t understand why people litter.” It was before the pandemic and Vincent was sweeping the sidewalk on Valencia Street near 16thStreet

Vincent was born in French Camp, a small unincorporated community outside of Stockton. He lived in Stockton but went to school in the East Bay. He became homeless while living in Stockton and then moved to San Francisco. His brother lives in Las Vegas.

Vincent usually resides on Julian Avenue outside St. John the Evangelist Episcopal Church, an area that he tries to keep swept. One day he proudly showed me a new broom he managed to buy to replace the tattered one he had been using, but three days later he told me it had been stolen. Vincent likes to feel he contributes, so the loss was a real set-back. 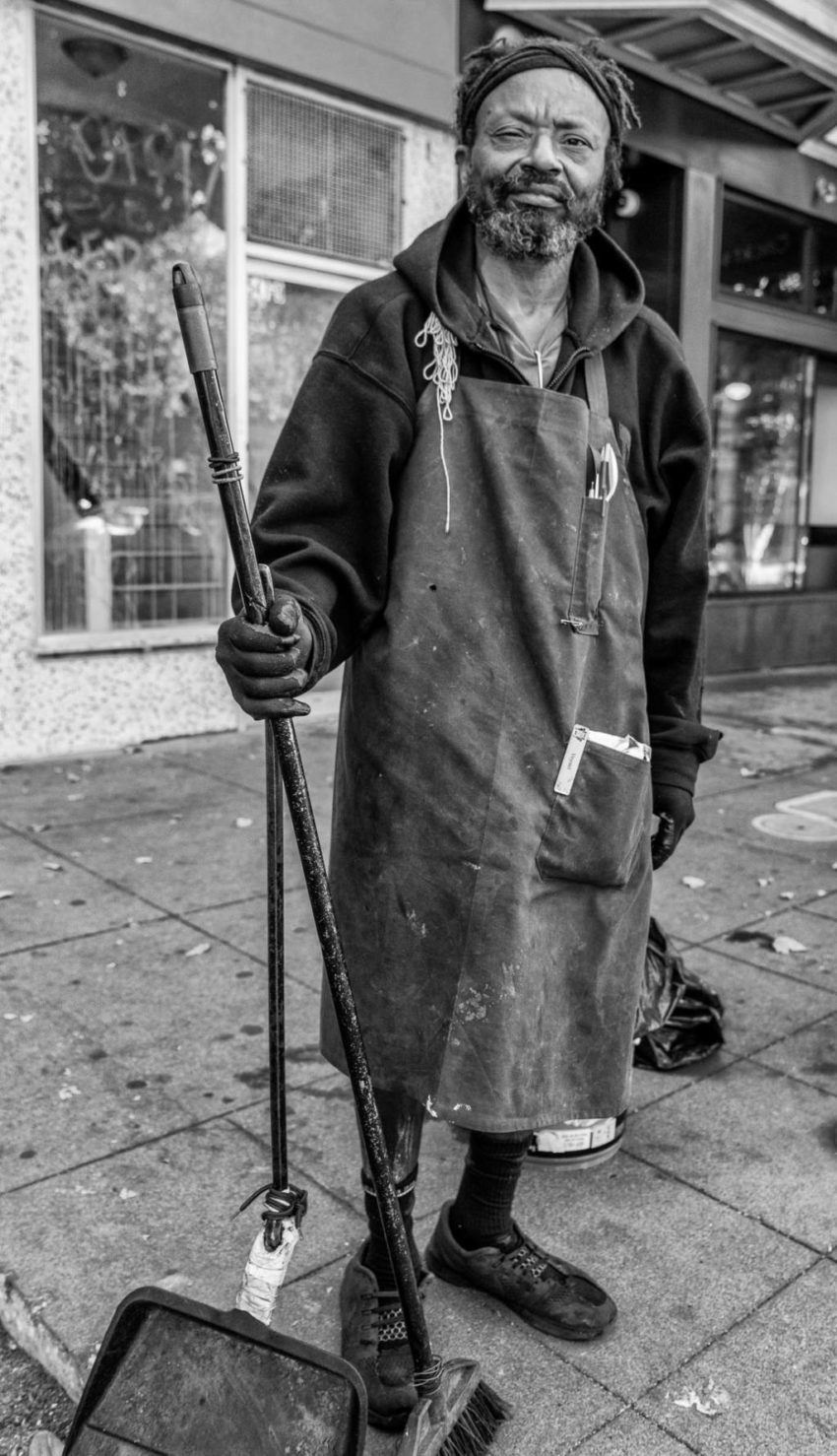