Arrested development: In the George Floyd era, San Francisco’s approach to policing could be radical — and reactionary, too 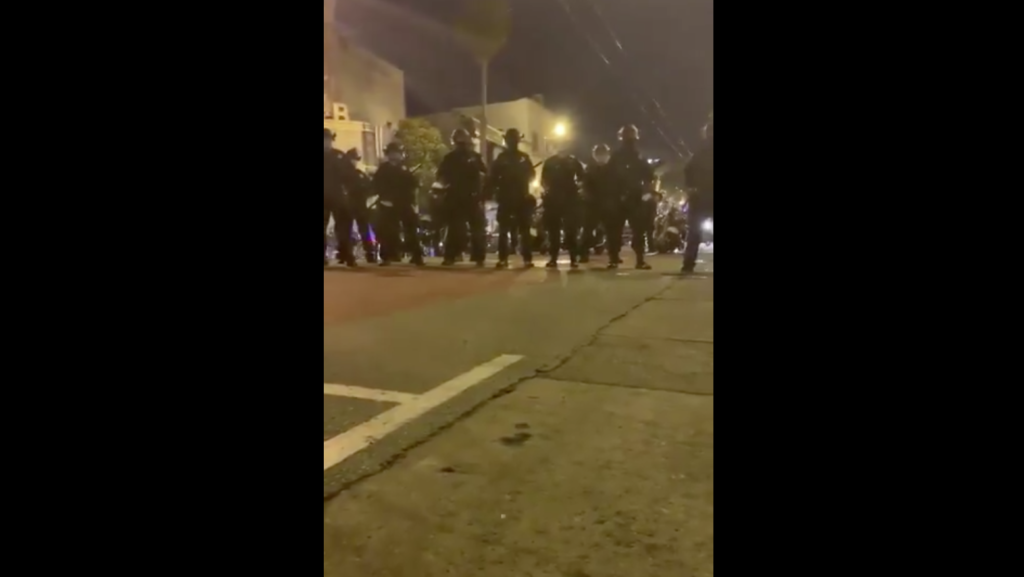 One hesitates to use seismic analogies in San Francisco of all places, but it really does seem that the ground is moving beneath our feet these days.

“Defund the police” used to be the motto of people who were wearing bandanas over their faces well prior to a global pandemic. Now, in the wake of George Floyd’s death — and with the city’s most dire budget on deck since the Hoover Administration — our moderate mayor wants to do it.

On Wednesday, Los Angeles Mayor Eric Garcetti proposed axing perhaps $150 million off the LAPD’s budget and redirecting a chunk of that to black community causes. One day later, Mayor London Breed reached out to District 10 Supervisor Shamann Walton about doing something similar here.

There have, to date, been no dollar totals discussed or details released about who’d be getting money or how this process will be handled. But Walton says — “and they’re probably gonna kill me for putting a number to it” — he’d like to see “at least $25 million, if we are really trying to change some of the systemic issues oppressing black people here in San Francisco.”

Of note, the San Francisco Police Department’s net budget total in the present fiscal year is in excess of $674 million — and has, under Breed’s tenure, grown by some $60 million (The LAPD’s budget hovers at around $1.8 billion).

Now, this is all ethereal at this point. But the notion of cutting police budgets, especially during a period of national unrest, isn’t something you’d have expected past big-city leaders to even say, let alone do.

Last week a young female protester told Mission Local that a garrulous cop at Pier 50 bragged to her he was being paid $192 an hour to process her arrest. The question of why there’s money for this when so many visceral San Francisco problems go unaddressed may finally have been answered: There isn’t.

Or at least trying to.

Reposted from @blackmarriagemovement We need to see more of this on the news. 🙏🏾 YESTERDAY IN SAN FRANCISCO
(That is @therealtank singing & @iamjamiefoxx)#justiceforgeorgefloyd – #minnesota #SUR pic.twitter.com/w1gn6SmcjP

On June 1, Walton, Breed, actor Jamie Foxx, and thousands of demonstrators took a knee outside San Francisco City Hall to protest Floyd’s killing by Minneapolis police and, writ large, the nation’s sorry legacy of police officers harassing, beating and killing people of color with a degree of impunity.

The elected leaders and the crowd demanded that things change in this city, state, and nation.

And, at that exact moment, a Board of Supervisors committee was eviscerating a pair of mayoral appointees to the Police Commission whom it would be exceedingly difficult to categorize as agents of change.

Placing Nancy Tung and Geoffrey Gordon-Creed on the Police Commission might’ve made sense in a world where most San Franciscans’ first thought at the word “police” was “Why can’t someone do something about my car window being broken?”

We no longer live in that world, and these appointees have the feel of a paddle wheel on the side of an ocean liner. They were made to suffer for it during a seven-hour meeting, not just from our elected officials but from scores of public commenters, emboldened to be extra vindictive and profane due to the virtual nature of the event.

Tung was always facing a rough road to confirmation. She ran for District Attorney as the field’s “law and order” candidate, took a donation from the reactionary Police Officers Association and was the only DA hopeful who unequivocally said she’d welcome the POA’s endorsement. She supported Proposition H — which the POA put on the ballot in hopes of eluding the Police Commission and writing its own Taser policy — and opposed moves to shutter Juvenile Hall. (And these are just the substantive issues, separate and apart from any and all political machinations for elevating a District 6 resident who ran a strong race against DA Chesa Boudin).

During the June 1 hearing Tung said that the officers who shot Mario Woods in 2015 should not have been prosecuted. Fair enough: District Attorney George Gascón thought the same; the legal standards at the time rendered all but the most egregious or incompetent police shootings allowable under law. But Tung also felt those officers should not have been fired.

And that’s relevant. Because the SFPD’s position on car break-ins or property crime or dope-dealing, or quality-of-life issues isn’t the provenance of the Police Commission. Rather, the commission sets policy and is the only body that can fire cops — period, full-stop.

Police policy and personnel matters can be gratuitously arcane and Mission Local’s Julian Mark is often the only member of the media sitting through languid, life-consuming meetings.

But the Police Commission is one of the city’s most consequential bodies. Establishing strong policies and holding accountable officers who do not abide by them is exactly what didn’t happen in Minneapolis — or just about every other American city.

Establishing just policies and holding accountable cops who don’t adhere to them sounds pretty relevant at this juncture, yes?

If the purpose of the San Francisco Police Commission isn’t to pursue a reform agenda — what is its purpose? 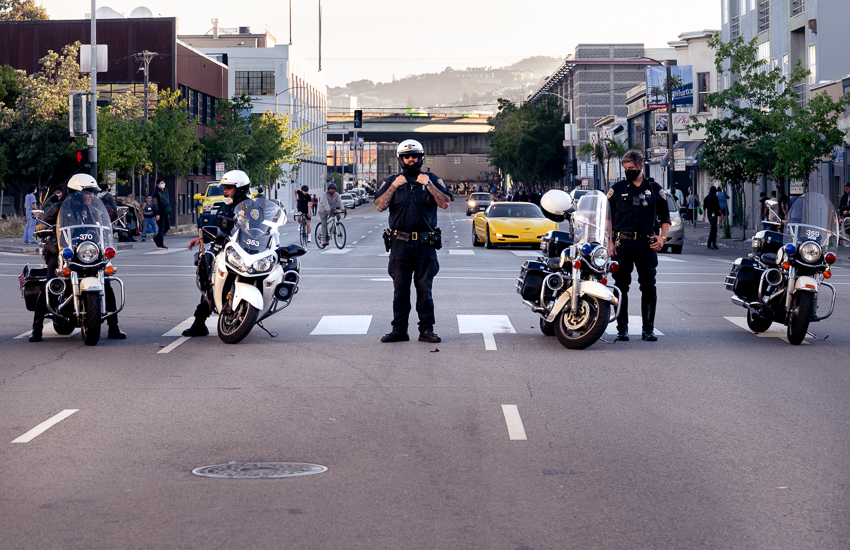 Assuming neither appointee drops out of consideration altogether, it seems extremely unlikely Tung has the votes. Gordon-Creed — who on June 1 did not appear familiar with key developments in laws overseeing police use-of-force and was not well-informed on the details of recent lethal police encounters in this city — does appear to have a potential path forward, however.

Behind closed doors, we’re told, the former Deputy City Attorney has told supes he does not think at all highly of the POA.

Yes, the optics of bouncing a Chinese American female and advancing the white male are suboptimal. But the Board’s three Chinese American members don’t seem to feel the pressure to tap dance around this — and this Board of Supervisors, by and large, doesn’t seem much enthralled by identity politics.

Gordon-Creed is seen as “as good a mayoral appointee as we’re going to get” by members of the board.

But it remains to be seen how true that is. Because these are interesting times, and this is, again, a strange dichotomy.

San Francisco’s mayor has nominated a pair of highly qualified, highly competent, highly honorable — but highly conventional — attorneys to the body charged with making rules for the police and holding officers to those rules.

And, at the same time, she’s set in motion the highly unconventional, even radical, possibility of defunding the police department and redirecting potentially significant amounts of money to invest in addressing the root causes of crime — inequities in education, employment, housing, healthcare and so much more.

Metaphorically, the quake has hit San Francisco — and, as ever, the shaking was always worse in the black community. When we rebuild, will we erect a stronger, better, more equitable city?

Mayor Breed and Supervisor Walton are moving to reallocate funds from the SFPD and direct them to black community needs.

If you were waiting for the POA response, here it is: https://t.co/jxZkmCg5nn pic.twitter.com/onr1pohNJM

Update, 12:20 p.m.: Nancy Tung said the yes-or-no nature of the question regarding whether the officers who shot Mario Woods dead did not leave for sufficient nuance. Tung noted that these officers were actually found to have been acting within policy, so firing them would have been problematic.

What’s needed, she says, are new policies — but that can’t be applied ex post fact.

But, she noted, “Do I think officers should have the same legal standards applied to them as anyone else under investigation in the criminal justice system? Yes. That’s a matter of fairness in the system.”

Tung says she intends to “see it through,” and will not drop out of the appointment process prior to Tuesday’s confirmation vote.

Producing all of this content keeps us busy; if you haven’t already, please support our efforts.