Nelson is loud, ebullient, enthusiastic and emotional. He expresses amazement whenever I give him one of the photographs I have taken of him. When he is around, he is one of the central figures of the homeless who hang out on 21st Street near Shotwell. Because of his positive attitude, it is hard to imagine that he is in constant pain and suffering from stomach cancer. He has refused chemo.

One day I found Nelson dressed all in black. He had a long black-and-white knitted scarf covering his head. With his full white beard, he reminded me of a painting by Chagall, The Praying Jew, which as a child made a deep impression on me at the Art Institute of Chicago. Nelson’s grandfather on his mother’s side was a Jew who migrated to El Salvador.

Nelson’s best friend among the homeless men who hang around Jose Coronado Playground is Carlos Somoza. Carlos is from a wealthy Salvadorian family that owns a ranch in the department of San Marcos. When Carlos got a letter from his mother offering to pay for the return flight to El Salvador, Nelson encouraged his friend to return home. It was sad for Nelson to see Carlos leave, but he felt it was best for his friend.

Nelson has five brothers and claims he has been married five times with seventeen children, all girls except for one boy. His youngest daughter is twenty-one. He has a house in Novato where his wife and two of his daughters live. I ask Nelson, “If you are dying, why are you living on the street and not with your wife in Novato?”

He says his mother died of the same disease last year, and that she suffered a lot. It was a horrible experience for him. Nelson says he does not want his family to go through the same thing with him. 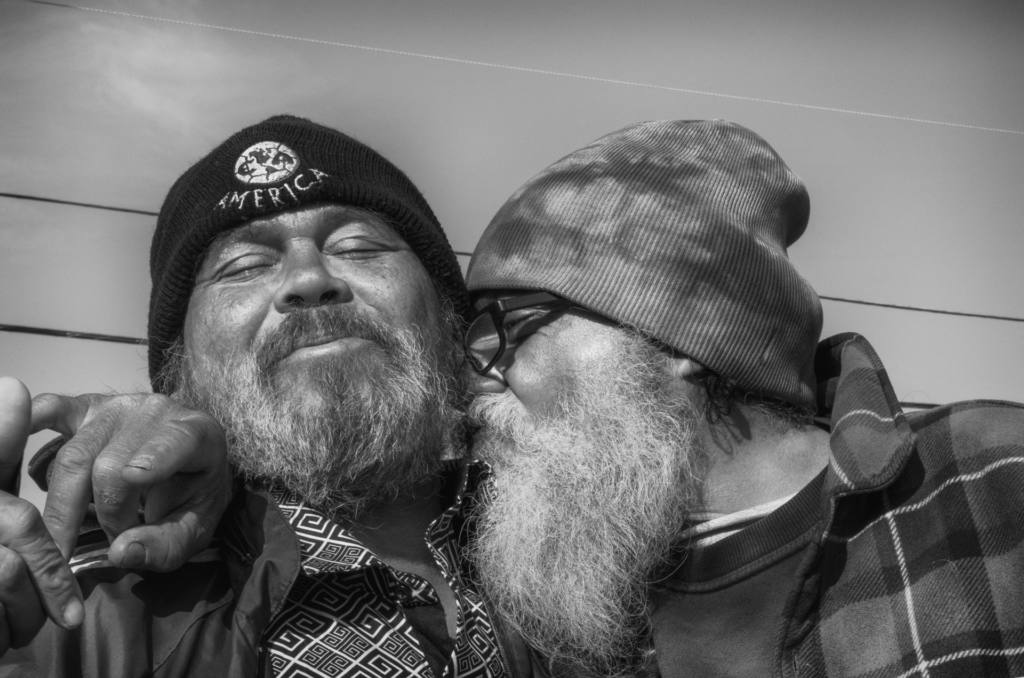