José Sanchez came to the United States when he was twenty-one. He is thirty-four years old, speaks mostly Spanish, and has been homeless for about ten years.  You can usually find Jose on 18th Street on the block between Mission and Capp Streets.

Slow, thoughtful and deliberate are words that describe José. When I gave him a photograph that I had taken of him, he looked at it intently for several minutes without saying anything. It felt like he had never seen a photograph of himself before.

When José looks for items in the several shopping carts and suitcases he keeps, he does so with slow deliberation, carefully contemplating each item he unpacks. I’ve watched him discover and consider a Charles Dickens novel and Huckleberry Finn, both in English. He never seems to find what he is looking for

Three of José’s brothers died in childhood. After his father left the family, he was raised by his mother in Nazca, a town south of Lima, Peru, named for one of Peru’s great pre-Hispanic civilizations, the Nazca, which flourished from 100 BC to about 750 AD. The Nazca produced incredible pottery and textiles but is most famous for the Nazca Lines, a series of enormous geometric designs or animals drawn on the desert floor, and visible only from the air. 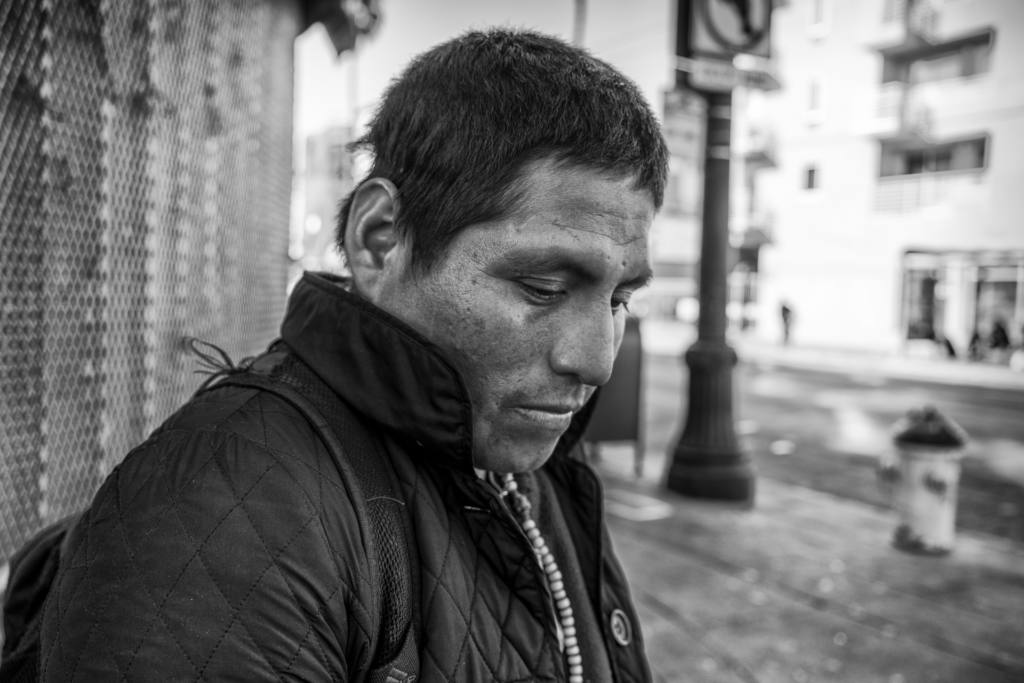