From his appearance, one might assume Delson James Barette is a wild man, but he is one of the most polite people I know.

Delson is from Yonkers, New York. He finished trade school, then traveled with friends across Canada and down the west coast to San Francisco. He really liked San Francisco, so when a friend had a spare room, he moved in. That was seventeen years ago, and the last time he has had a place of his own.

The first time I met Delson, he thanked me for stopping and talking. He said being homeless can feel isolating.  He then asked me, “Is there anything I can help you with?” Every time I meet Delson he asks if he can help me with anything. I usually ask that he give me a hug, not because I need one but because I think he could.

Delson suffers from the mental anguish common among some of the homeless. He confided in me that scientists and others are sending messages telepathically to his brain. He tries to send them messages to stop bothering him. For example, I have seen him repeatedly punching numbers into an ATM machine at a bank where he has no account; fiddling with a parking meter; or repeatedly pushing a pencil tip into a 4 x 4 grid on a small piece of cardboard—all in an effort to get these people to stop sending him messages. Recently he told me that someone was trying to contact him—did I want him to put them on hold, or would it be ok if he answered them now?

I mentioned to Delson that there are drugs he could take to help prevent these people from bothering him and offered to take him to the Westside Crisis Clinic, but he declined. However, the last time I ran into him, he asked about my offer and I felt encouraged that one day he would finally take me up on it. Due to the pandemic, I am being told to stay home, so sadly, for now, helping Delson is another project that is on hold. 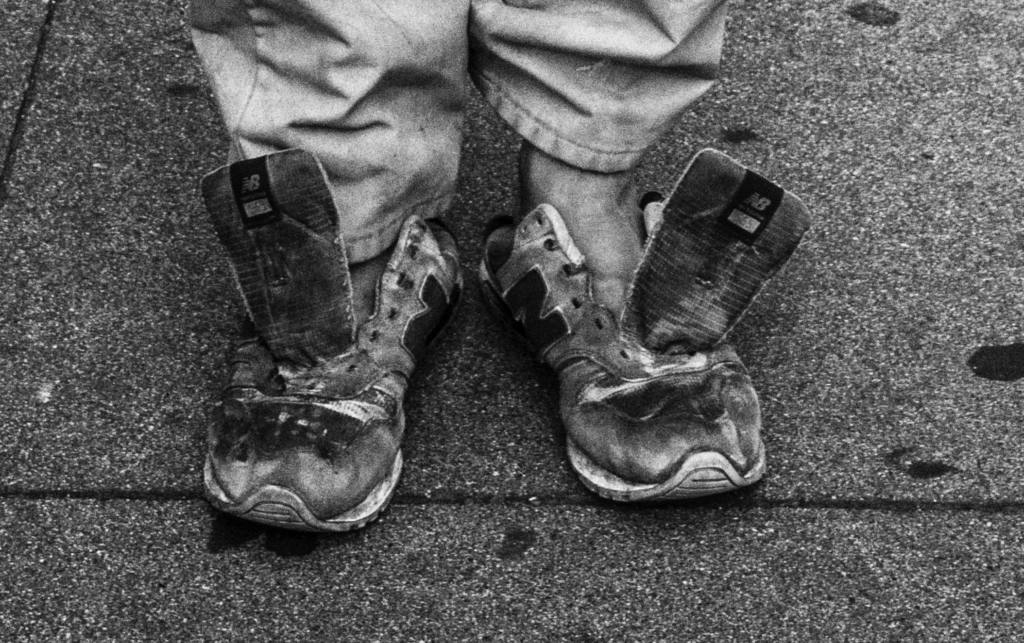