I met Carlos Antonio Guillen, known as Carlito to his homeless friends, at the beginning of November. Carlos lived in the encampment of homeless men on Caledonia Street behind St. John the Evangelist Episcopal Church. Whenever I visited, Carlos would tell me about his life and the myriad jobs he had worked.

When he first came to the United States, he worked as a janitor at a Cadillac dealership in Washington D.C. He told me how well he was treated there, and how special he felt being invited to the dealership’s Christmas parties. When he separated from his wife, he moved to San Francisco and got a job in a small hotel, but lost it when he was falsely accused of stealing three passports from guests.

Carlos says he paid for his apartment until his savings ran out and then kept his possessions in the basement of a bar where he occasionally helped out. Once the bar changed owners, he lost everything. One day I noticed that Carlos wore two wristwatches. When I asked about them, he admitted that neither worked for lack of batteries. Later that week I ran into Marlon, another homeless man I knew, who offered me two watches for $5. I bought the small Art Deco watch, put in a battery and gave it to Carlos, who was happy to have one watch that told time. But, he still wore the two others which didn’t.

The Friday before Thanksgiving I visited the encampment on Caledonia Street and found Carlos in bed underneath a makeshift shelter. He hadn’t gotten out of bed for three days and was very weak. He could not stand up and said the police had been there the day before and promised to call an ambulance, but none had come. Carlos said that if he didn’t feel good the next day, he would have someone call an ambulance. I decided not to wait. I stood on 15th Street for the ambulance and when it arrived,  showed the EMTs where Carlos was. They put him onto a gurney and took him away.

After the ambulance left, I realized I did not know Carlos’s last name so there was no way I could check up on him. I left town for Thanksgiving the next day and thought about Carlos the whole time. I found him back at the encampment on my return to the city.

One day Carlos told me that when a traffic accident occurred nearby, he had put on a day-glo yellow vest and began directing cars around the impasse. When the police arrived, they were grateful for Carlos’s assistance. That story gave me insight into everything Carlos related. Even though he had been homeless for many years, Carlos still needed to feel that he was contributing.

In January, Carlos moved down Caledonia Street to the other side of 15th  Street. I continued to visit him regularly, but in March when it became clear that a pandemic was beginning to affect the world, I began worrying about how it would hit the homeless population, especially Carlos, who was older than most of the Latino men in his encampment. When my doctor told me that because of my age and underlying conditions I should stay home, I visited Carlos one last time to let him know.

On St. Patrick’s Day, Turquesa, a homeless man texted me that Carlos had died early that morning. A couple of days later, I brought two photographs of Carlos to the altar the men had constructed. They told me that Carlos had stopped eating. The last day he had been joking with them. I feel relieved that Carlito died peacefully with his friends around him. 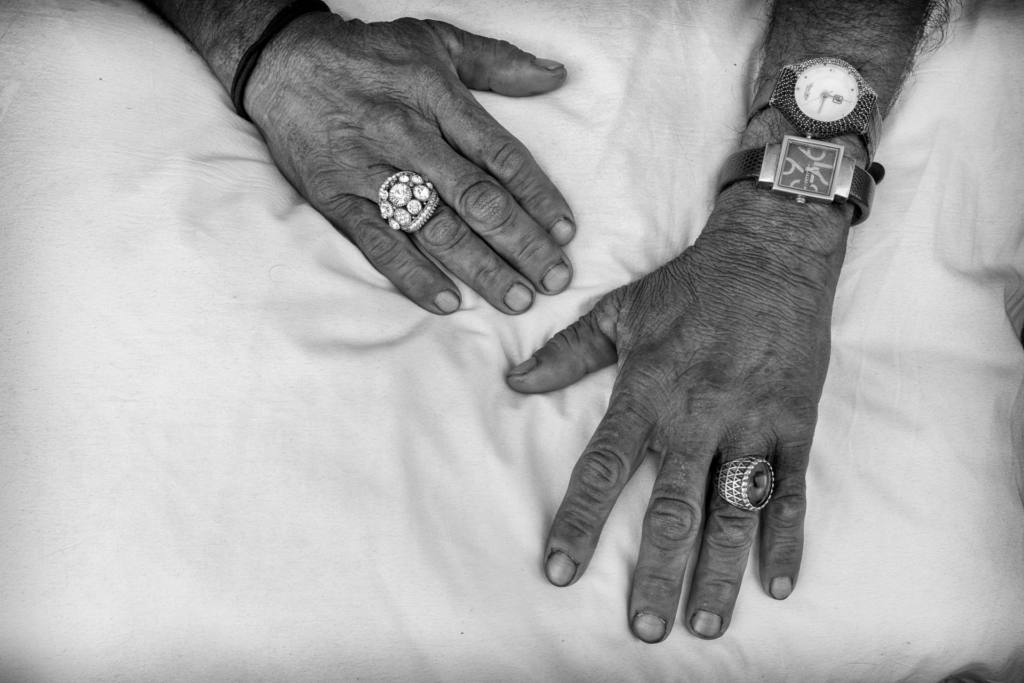 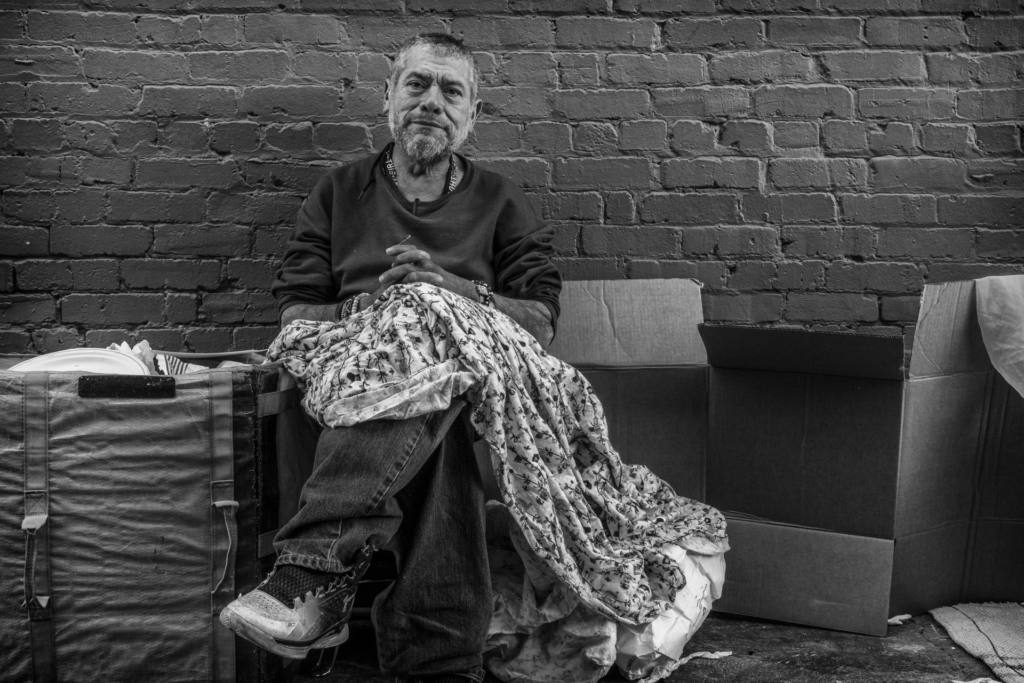