People We Meet: Alberto and Jaime

Jaime Castillo is 53 years old. He is from La Libertad in El Salvador. Jaime came to the United States because the gangs in El Salvador threatened to kill him for being gay. Jaime talks less than Alberto—in part, perhaps, because he speaks only Spanish.

Alberto Soldado is 47. He was born in Puebla México. Alberto was from a poor family and gave up studying chemistry at the university when his mother became sick and was told she had only a year to live. His mother died the next year, followed by a sister, broken-hearted at the death of her mother. A younger brother had previously died of AIDS. So, Alberto left Mexico for the US.

At different times I heard others refer to Alberto and Jaime as los amantes, but I was unsure if they were open about their relationship, so I said nothing.

Then, a year ago, Alberto confided in me about their relationship. That was when we both began to speak freely about being gay. I told him about how I was married the second day Gavin Newsom had allowed gay people to marry. Alberto said that he and Jaime wanted to marry, but could not because Jaime did not have I.D.

What happened next surprised me. Jaime requested that I photograph the two of them kissing. It was rather an astounding photograph for two homeless Latino men, and not a photograph I would have asked of them. A month later, I took what has come to be my favorite photograph of homeless people, Jaime with his head on Alberto’s shoulder. What it shows, at least to me, is a deep affection between the two of them, an emotion we don’t readily associate with homelessness. 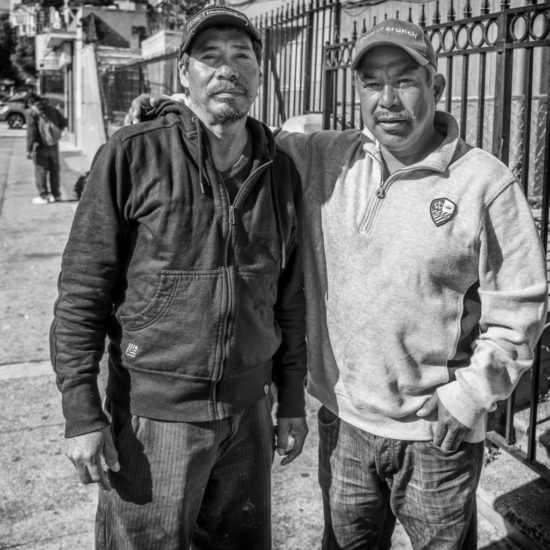 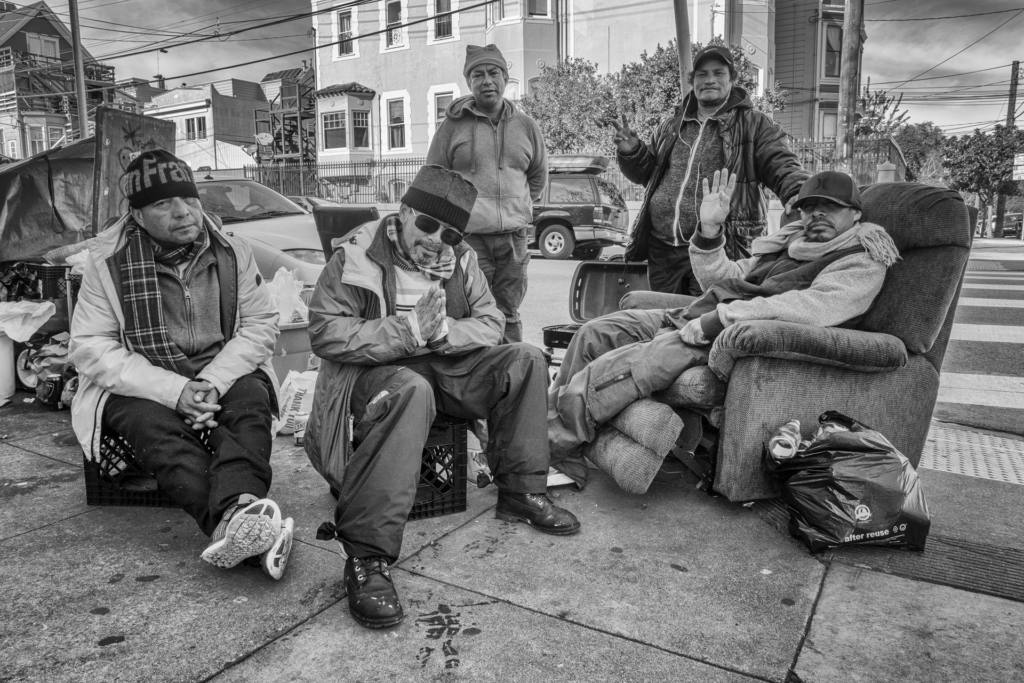 Alberto and Jaime with friends. Photo by Joseph Johnston.

The photographer: In his 70s, Joseph Johnston found his calling.