Penny Lincoln was pushing a shopping cart along 18th Street being towards Folsom Street when I saw her. I had seen some artisan loaves of bread nearby and told her about them. Penny, thinking I was also homeless, told me about a good place to get meals: Martin de Porres.

We talked for a while, and I found out that she was from Mendocino, where her family lived, and she had been in San Francisco for a year or so, living on the street. I asked if I could take her photograph. She said yes, but with one condition. She wanted to decide how and where.

She did not want to be photographed with her shopping cart. Instead, she led me across the street and did a little dance in front of a blank wall. Penny gave us 40 seconds and it was over. 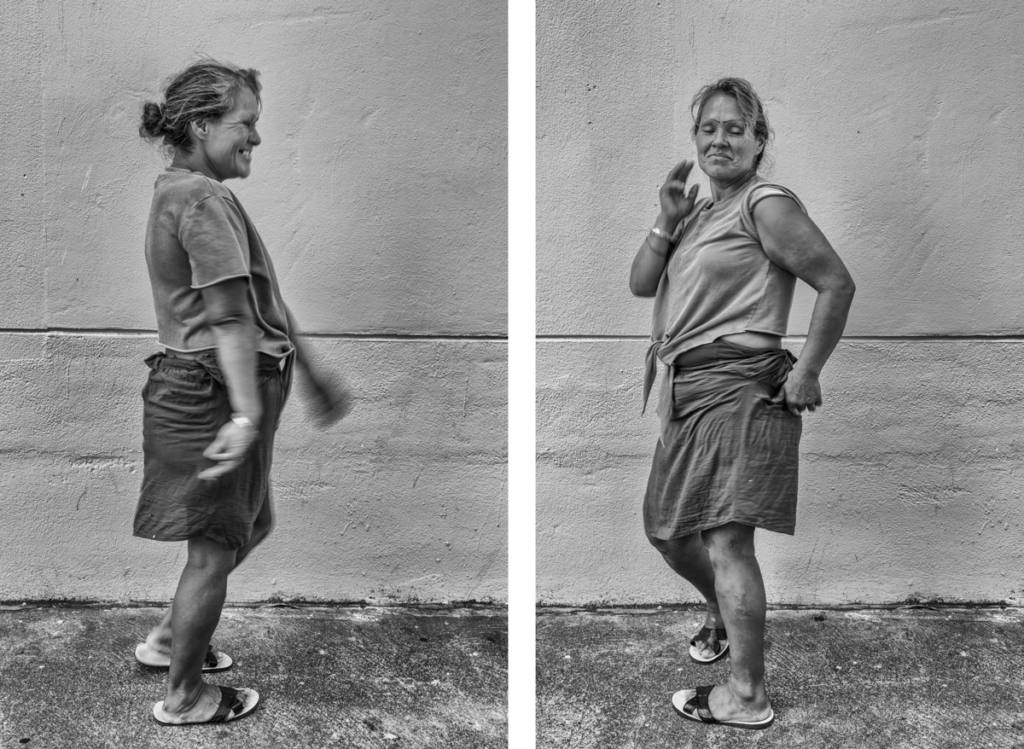