Michael had a white cloth wrapped around his waist. It reminded me of the attire of a Buddhist monk or an African nomad. I was curious if Michael was one of the many homeless African Americans who were born and raised in San Francisco, and so I asked him where he was from. Michael replied, “I’m from the sky.” This made me smile, because maybe we are all from the sky, but engrossed in our daily lives, we forget. He explained that he was not going to give me any personal information. I asked him, since it was obvious that he would not want me to photograph his face, if I could instead photograph his hands.

Michael told me his jeans were ripped in the knees and missing the seat. He asked if I could give him a pair of jeans. I asked if I could find him in the same place tomorrow. At home, I looked and I had three pairs of jeans. I returned the next day with a pair and surprisingly Michael was in the same place. He was grateful for the jeans which were only two inches larger than his size.

To me, he will always be Michael from the Sky. 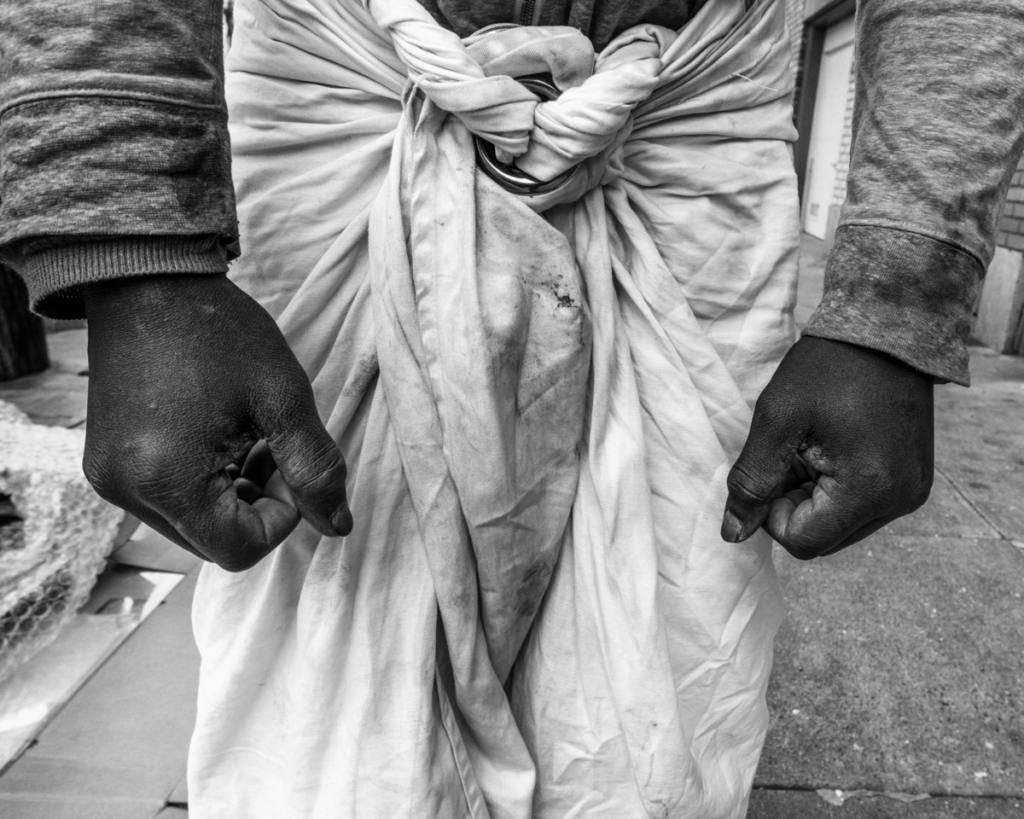