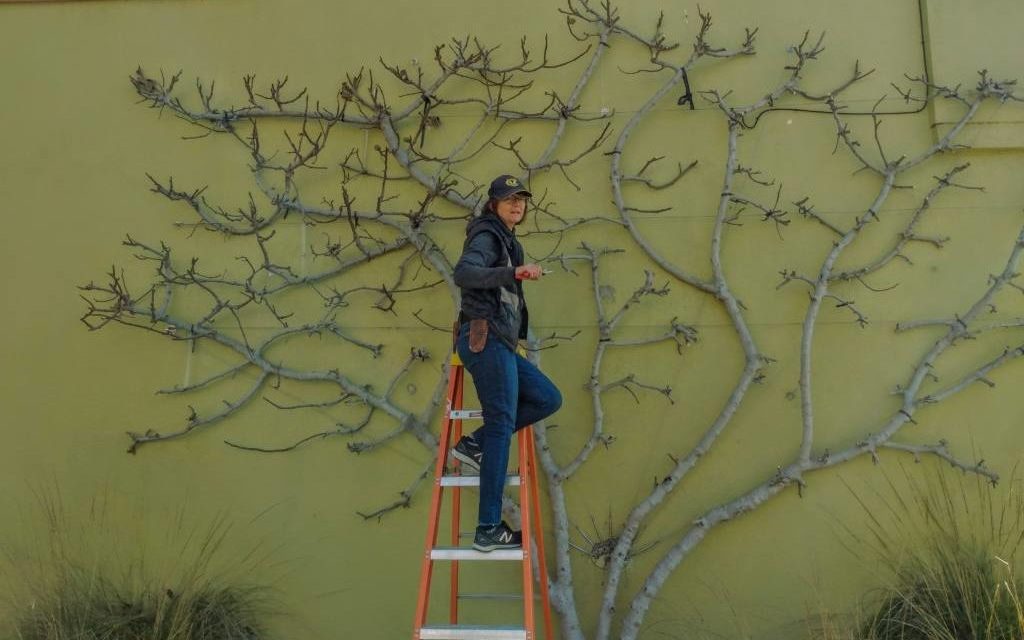 Audrey Newell, who lives on the corner of Alabama and 23rd streets, prunes her fig tree twice a year, once in January or February, and once again in June.

“I’m a little late this year,” she said, clipping branches and studying the shape of the limbs. The tree, a Mission fig, is well known in the neighborhood. She planted the tree 17 years ago, in a five-gallon pot. It’s been growing steadily ever since.

“Pruning it is always a very social event,” Newell said. “There’s a lot of chatting, a lot of stories from the neighbors. It’s my tree, but it’s also kind of theirs. They’ve watched it grow up.”

Figs need heat, and Newell has espaliered hers, which trains the tree’s limbs across a wire framework to increase the fruit’s exposure to the sun. So far, so good. The fig tree has borne fully ripened figs for the past several years.

“A lot of people eat the figs,” Newell said, who often sets out surplus fruit in plastic bags for the neighbors to sample. “Some people steal them right off the tree.” She was less concerned with human fig filching and relieved that she’s had no problems – yet – with the worst fruit thieves in the Mission: raccoons and rats.