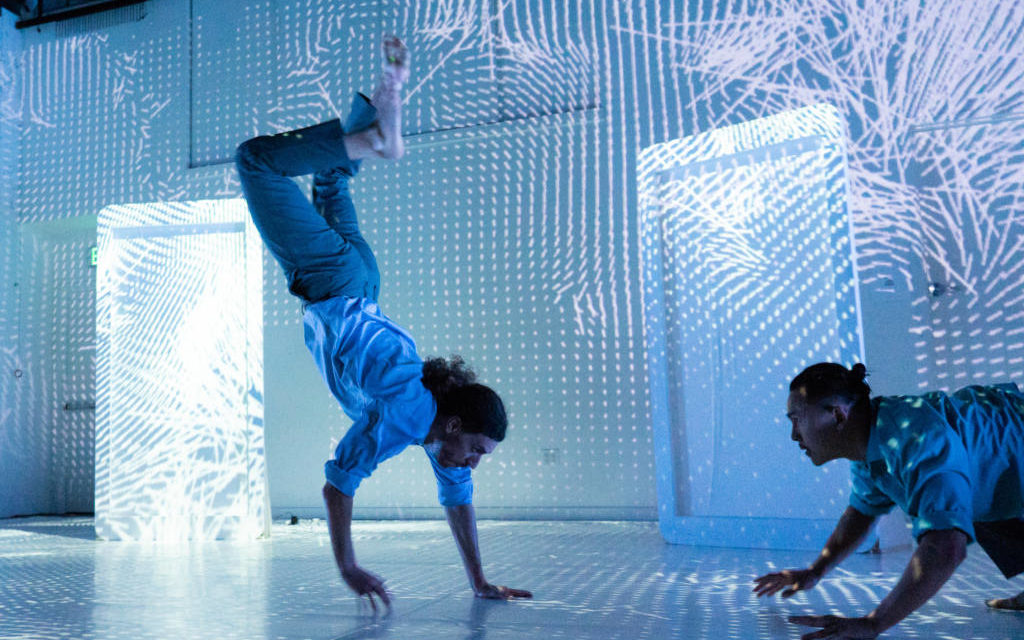 Everyone wants a seat at the table. It takes a particularly nimble mind to understand that the radical move doesn’t necessarily involve procuring a chair. For the veteran Bay Area choreographer and dance theater impresario Deborah Slater, exploring the nature of power dynamics led to a serious carpentry project and an equitable concept that owes a debt to King Arthur.

Returning to ODC Theater for a four-night run Feb. 27 to March 1, Deborah Slater Dance Theater (DSDT) premieres the concluding piece of the company’s 30th anniversary triptych with inCIVILITY P. 3: A Seat at the Table. The program is a double bill, pairing the new production with a reprise of inCIVILITY P. 2: Outrage Machine (which was produced as part of a 2018 Combustible Residency at the invaluable CounterPulse performance space and gallery). As you might guess from the title, the impetus for Slater’s inCIVILITY trio, which started with 2018’s Instability at the Joe Goode Annex, was the rising tide of xenophobia, sexism, and racism she saw around the 2016 election.

Questions about power, inclusion, dissent and etiquette seemed to crystalize around the phrase “a seat at the table,” like in Adam Gopnik’s New Yorker story about a restaurant patron confronting a Trump Administration official, “Sarah Huckabee Sanders and Who Deserves a Place at the Table.” The phrase planted a seed for Slater, “and I was thinking about places where one could or could not go,” she says.

“People say if you don’t have a seat at the table, you’re probably on the menu. And then reading about the history of tables, I had this idea of a table that starts as a rectangle and breaks apart, so you can attach different stories and reassemble it in many different ways.”

Working closely with veteran scenic designer Sean Riley over the course of a year,  the company created and developed a piece around and on a shape-shifting table that could morph from a rectangle into a circle. Slater tapped award-winning playwright and screenwriter Eugenie Chan, a good friend and sometime collaborator, to contribute telegraphic text that’s woven into Teddy Hulsker’s score. As new elements were added into the mix, the table remained central.

“I’ve done pieces that are text-heavy, but something about the physicality that the table requires really shaped the piece,” Slater says. “That sucker is heavy! The actual act of tearing it apart and moving it around is a lot of work.”

Slater has been a creative force in the Bay Area for more than four decades. She was one of the first choreographers to present her work at the original ODC Theater and helped lay the floors in 1976 when the company moved into the present space at 3153 17th Street. A stalwart of the Bay Area’s vital dance theater scene, she’s a master of collaboration who uses movement as one element in exploring the nature of human relationships. A co-founder of the Mission’s Studio 210, an invaluable rehearsal and performance space for choreographers and small dance companies since 1980, Slater has influenced several generations of emerging artists, most recently through DSDT’s mentorship residency program.

A Seat at the Table features Rachel Garcia, Anna Greenberg, Derek Harris, Meegan Hertensteiner, Kyle Limin and Evan Johnson, who all played an essential role in building the piece. “I feel very lucky I have this group of performers,” Slater says. “My pieces depend on who’s in front of me. I give them tasks and they give me movement. We go back and forth. The building of the piece is the best possible working metaphor for a seat at the table.”

Some of the artists pulling up a chair might come as a surprise. Mission District resident Evan Johnson is far better known as a playwright whose work has been presented at Z Space, CounterPulse, the DeYoung Museum, and Yerba Buena Center for the Arts, among other venues. Though he trained in movement-based theater, he admits he was nervous stepping to a role that required creating and memorizing steps. It helped that for a duet he’s partnered with Kyle Limin, a highly respected dancer who teaches at Alonzo King LINES Ballet.

“Kyle was breaking it down in the simplest way so Evan could make it his own,” Slater says. “Everyone has been really generous. It’s very hard to make this stuff just physical. I kept the text away for a long time, so the movement would be truthful and strong on its own. The text is texture.”

For Johnson, jumping into the dance theater fray has provided new insight into the collaborative process. He’s been able to apply his theatrical training in a context where “we have to understand what we’re saying with each action,” he says. “There have been a lot of great conversations about the context of each movement, a lot of negotiating with everyone creating a path to get to the table at the end of the piece. There’s so much room for exploration it can feel overwhelming, but the piece reflects a real desire for equity and we made space for each other.”

If the process of making A Seat at the Table emerged out of a utopian microcosm where everyone involved was encouraged to contribute, the piece doesn’t suggest that we can build our way out of our present challenges. In many ways access to the round table presents a whole new series of challenges. “You don’t get to live happily ever after,” Slater says. “You have to figure out how to make your little chair fit with other people’s. You have to make concessions. The more you have the harder it is.” 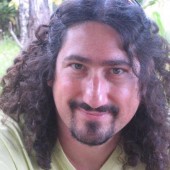