It’s not clear if the mayor must complete said anti-bias training, however. On Thursday, Mayor London Breed endorsed Bloomberg for president, joining a growing list of California mayors (and, notably, Judge Judy).

Did political types predict Breed would settle on Bloomberg after the withdrawal of her friend and first choice, Sen. Kamala Harris? Not really. But, to paraphrase Casablanca, we probably would’ve if we’d given it a moment’s thought.

All the pieces are there: Bloomberg, a mega-billionaire, has spent lavishly in San Francisco elections, pouring tens of millions into fighting Big Soda and passing a soda tax and fighting Big Tobacco and keeping Juul from writing its own city vaping regulations.

But he’s done more than that. His philanthropic foundation in 2018 donated to the Partnership for Healthy Cities initiative, and his support was graciously accepted by our mayor. Bloomberg Philanthropies also recognized San Francisco’s CleanPowerSF program for a prestigious award in 2019.

“When I first helped to launch CleanPowerSF, I knew it had the potential to make a transformative change in the city,” Breed said at the time. (Which is a bit odd, because CleanPowerSF is a long-running program that predates Breed’s election to office, but congratulations anyway).

But he’s done more than that. Bloomberg has, for years, cultivated mayors throughout the country, offering them spots in programs and conferences and — importantly — showering them with financial support or donating to their pet causes or nonprofits.

Like Bloomberg’s full-throated support of President George W. Bush, this wasn’t a secret. It was in the New York Times and everything.

You know the rest. Bloomberg, as noted above, has invested his money generously here and, we are told, several of Breed’s adjunct advisers and/or consultants are already on the Bloomberg payroll. 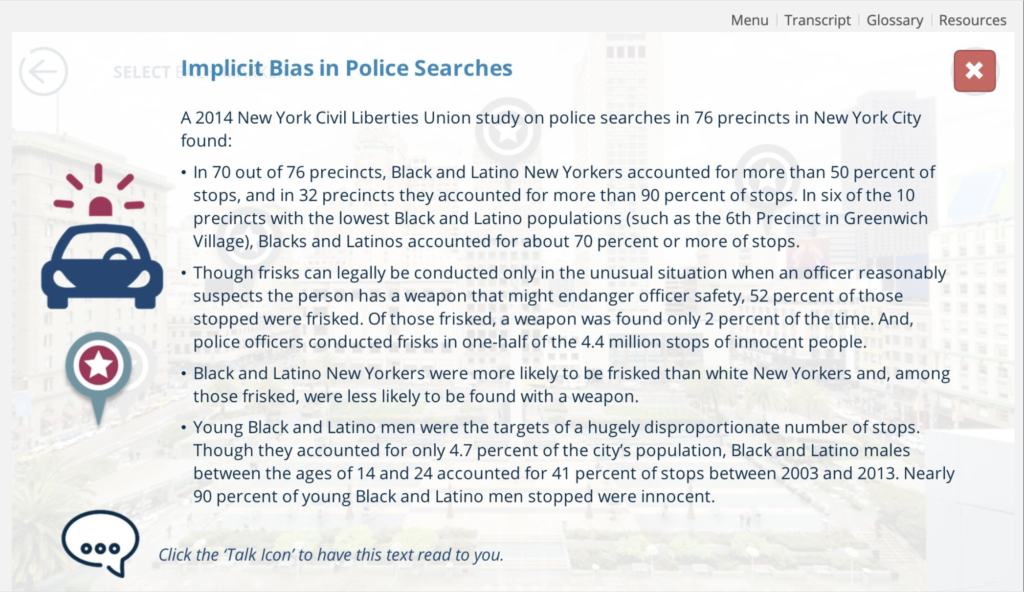 A screen from the city’s own anti-bias training.

Whoever wrote the anti-bias materials for the city of San Francisco did a bang-up job. They sure poked some holes in Bloomberg’s stop-and-frisk policy. To wit:

Well, that sounds like a failed policy. No wonder then-Mayor Ed Lee faced such blowback when he proposed duplicating it here.

“I haven’t met any Bloomberg supporters who were not elected officials, period,” Supervisor Matt Haney told the Guardian.  (Haney has announced he’s voting for Bernie Sanders; it appears Sanders didn’t even have to give him 27 dollahs to secure this endorsement).

Whether these elected officials are going to convince anybody to vote for Bloomberg remains to be seen. San Francisco voters have, with regularity, voted against Breed’s preferred supervisor candidates, ballot propositions, and, most recently and most notably, elected DA Chesa Boudin despite Breed placing Suzy Loftus into the office only 24 hours before voting began.

It will be interesting to see how many San Franciscans vote for Bloomberg after their mayor publicly endorsed him.

But as part of a growing cadre of visible supporters, Breed does more for Bloomberg than as a mere individual. And, as noted above, Bloomberg can do plenty for Breed (and San Francisco) — he can continue spending heavily on political issues here, investing in preferred causes, and cultivating promising politicians.

Being a voter is hard, especially in this city, where we vote on so much. Endorsements are a political CliffsNotes. You may not know much about a candidate or a proposition, but you can figure out who’s for it and who’s against it.

This is tempting, but risky. Voters should keep in mind that, with exceptions, there are only two types of endorsements: Those that signify a person or proposition is part of some manner of in-group, and those that serve as the receipt for some manner of transaction.

You can figure out what happened here.

Both Breed and Bloomberg figure to benefit from this arrangement. But it’s hard to see what it has to do with any of the rest of us.