Proposition E, barring unforeseen lunacy, will pass — handily. But then what? The city’s skyline has changed, dramatically, of late. Will a March ballot proposition affect its future — or will the invisible hand of the market? Photo by Cristiano Valli

The downside of writing a column about Proposition E, which we’ll vote on in March, is that it’s incumbent to explain what Proposition E would do. Bummer. It’s complicated.

And, not unlike the gap between high school physics and college physics, as you probe more deeply into the questions, the answers become more complex. And, also, more unknowable.

Here’s the high school physics answer: In 1986, San Francisco voters approved Proposition M, which put a cap on office development. Surely this city’s animus against “Manhattanization” was part of the appeal, but so was the rationalization that more offices equals more residents equals more congestion equals more people funneled into the housing market.

Prop. E would take things further. It would directly tie the amount of office space this city can construct to the amount of affordable housing it produces. And if the city comes up short on the latter — as it almost always does — then it will be proportionally restricted on the former.

The ballot measure is being pitched as a choice between “More affordable housing or less office space.” Promotional materials feature a cute row of houses on one balance of a scale and the unmistakable silhouettes of Salesforce Tower, the Transamerica Pyramid et al. on the other balance.

It’s hard to foresee San Francisco voters disagreeing with this sentiment — particularly the left-leaning electorate that will crash the polls in March to vote for Bernie Sanders or Elizabeth Warren in the primary. They will see Prop. E supported by a broad swath of San Francisco’s political mainstream — though not the mayor, the Chamber of Commerce, or the usual gang of Libertarians and Republicans who submit their ballot arguments handwritten and in all-caps.

That won’t matter at all. Voters will, barring unforeseen lunacy, go for Prop. E in great numbers. 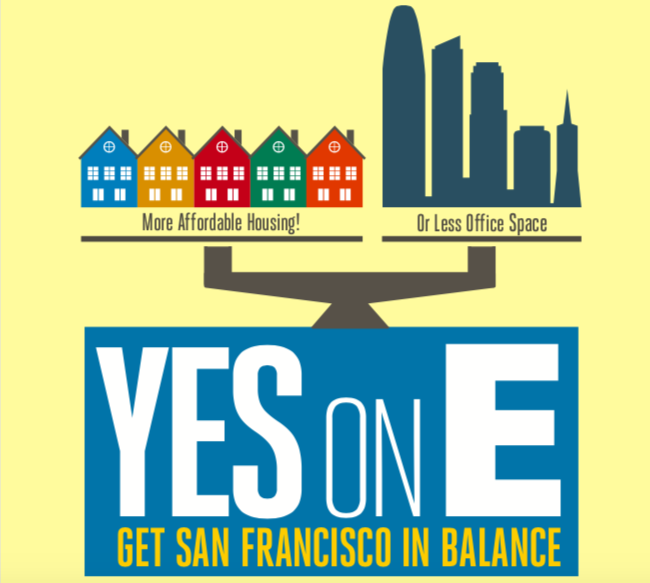 San Francisco’s electorate in March of 2020 would arguably vote for “less office space” even without the “more affordable housing” tie-in.

To dissuade these voters —  to counter the strong, simple argument of “more affordable housing or less office space” — you’d need a goodly amount of funding to mount a slick political counteroffensive.

And that’s because veteran nonprofit developer and city politico John Elberling — who created Prop. E, signature-gathered it onto the ballot and is underwriting this campaign to the tune of $407,000 (so far) via the political arm of his nonprofit-housing outfit — saw to it that his most wealthy and powerful potential opponents would be placated.

All the developers with office projects in the pipeline are shielded from Prop. E via grandfather clauses. What’s more, several of the most powerful developers will actually be allowed to build faster if Prop. E passes, erecting whole projects instead of a years-long phased approach.

So when Mayor London Breed bemoans that the developers don’t have her back — as prior mayors did, too — that’s why. As Sascha the bartender put it in Casablanca: “I love you — but he pays me.” 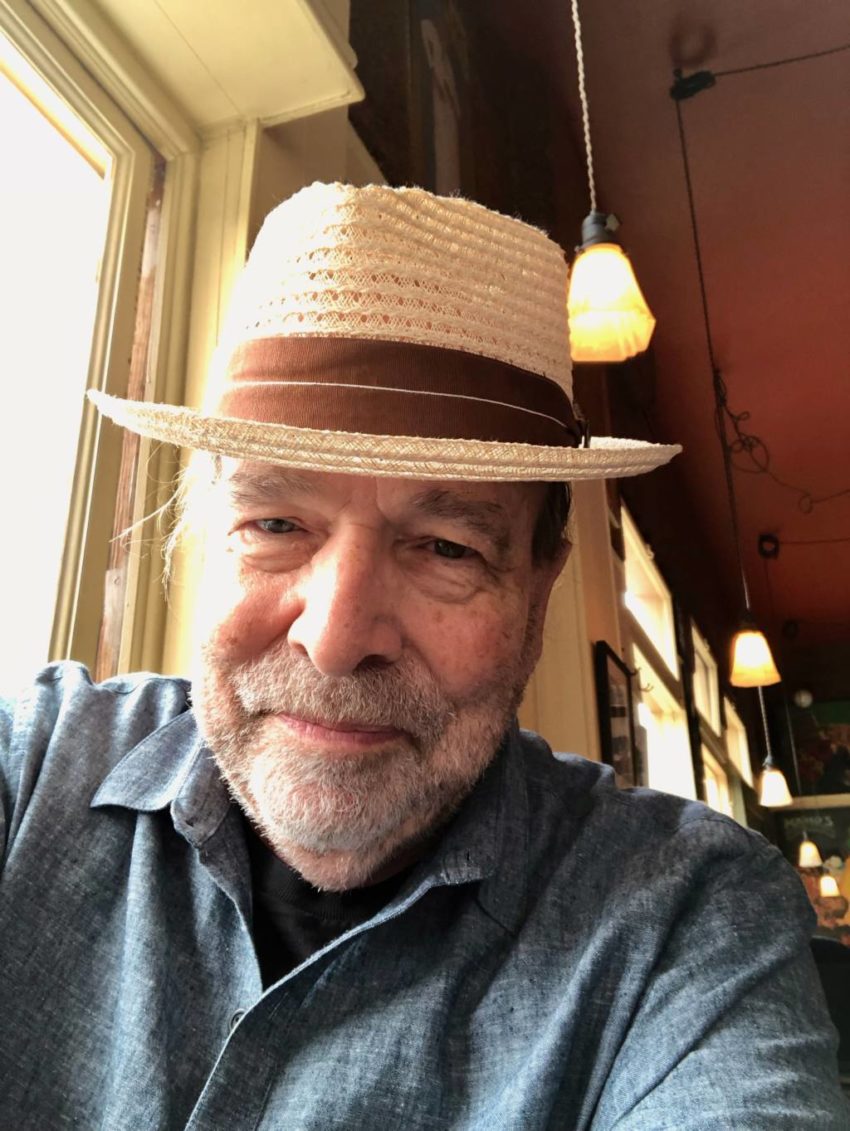 John Elberling, the man behind Prop. E, says that only “a fucking fool” would argue we need to keep building offices to fund affordable housing.

Elberling, who is 73, will be pushing 80 by the time the jaws of Prop. E close on the city’s development process. He favors loose, comfortable clothes, loafers, and hats indoors. But he’ll be accused of being a stylish man before he’s charged with being an unsavvy one.

In Prop. E he has crafted a political juggernaut; Mayor London Breed, after putting forward a hastily crafted counter-measure, in December yanked it at the last possible moment. She can, it seems, read a poll — and has ceded the field.

The mayor’s efforts to counter Prop. E somewhat resemble Dan Marino’s attempt to make a tackle on this play.

Elberling’s detractors have plenty of complaints to make about Prop. E. They don’t figure to alter the outcome of March’s election. But they do annoy him.

Charges from the mayor’s office that his proposition would reduce office construction, he counters, are a candid admission that this city can’t even begin to hit its affordable housing goals — which is depressing and scandalous. Charges that Prop. E would induce deprivations in the office rental market, he says, ignore the millions of feet of (exempted) office space currently in the pipeline.

“What we’re getting isn’t enough to offset the damage we’re doing,” he says. The contention that we need to build more offices for the sake of funding more affordable housing, Elberling says, is the argument of “a fucking fool.”

Prop. E, he says, “will slow down the growth of the problem” — or “push forward affordable housing directly, if the developers do it themselves, or indirectly if this lights a fire under City Hall’s ass.”

But will it? Here’s where we get to the college physics answers. Because even development professionals inhospitable or indifferent to Elberling’s measure tell me that the barrier keeping approved projects from being built isn’t our city’s myriad fees, but sky-high construction costs — which isn’t the purview of this proposition.

“The economy will determine what happens,” a longtime development professional says — not this or any proposition. “The reason there’s so much office space in the kitty is because the city stopped building offices for years.”

This city, in short, will be shaped by the invisible hand of the market. There are bigger forces at play than can be controlled by any one city and its electorate. And it’s hard to foresee just what the invisible hand will do — it is, after all, invisible.

“It’s a crapshoot,” admits Elberling. There is “a shitload of office space” in the pipeline but, if a recession hits, it may not fill up. It may not even be built.

The new jewel of San Francisco’s skyline, Salesforce Tower, defines today’s city economy much as a (pyramid-shaped) building named for an insurance company did in 1972. There is a lot of political weight riding on March’s election — but the trajectory of the city will be determined more by whether the Salesforces, the Googles, the Facebooks, the Ubers and others occupying our shiny new offices keep growing — and keep hiring.

And that? That’s not on the ballot.