Distillations: Beer Nerds is a box, with beer, pizza — and company. And, sometimes, that’s all you need. 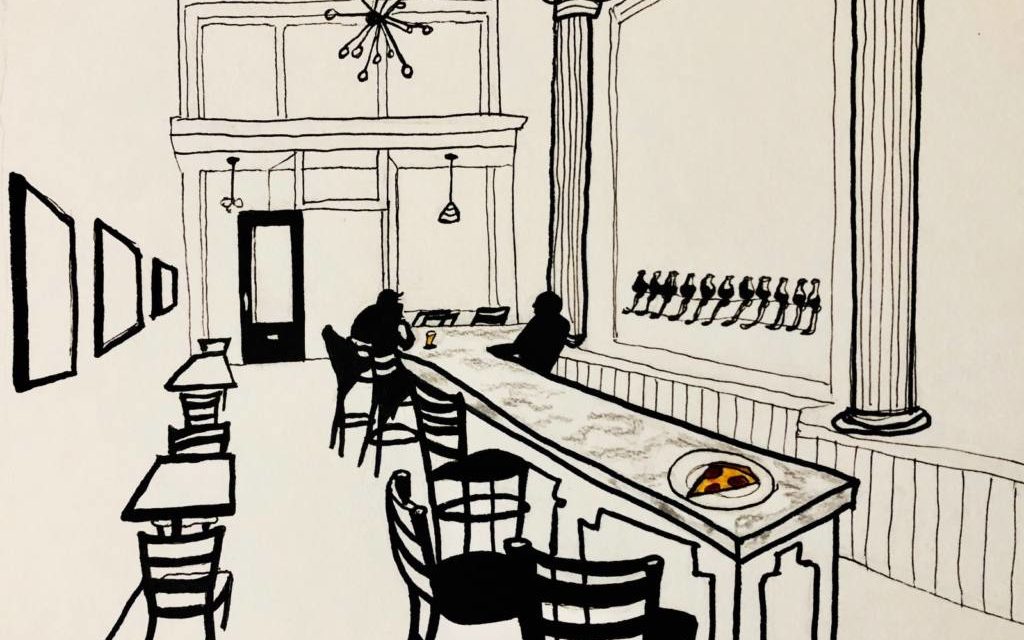 It was a rainy night and I’d been stood up by a super-extrovert, the kind of high-powered people person who could convince a whole room of poisonous snakes that it would be more fun to all just hang out in a basket together. So I walked a little ways and headed into Beer Nerds.

Technically, Beer Nerds, on 24th between Osage and Bartlett, is a hole-in-the-wall pizza place that has beer. But it has beer in the title, not pizza, and way more beer options than food options.

It’s also a kind of bar I’ve recently noticed cropping up more and more in San Francisco: an “anti-design” bar. Basically it’s a craft beer bar in a small room with virtually no decor or atmosphere to speak of. It’s the easiest kind of bar to throw together, one step removed from a pop-up, which I think speaks to (1) the difficulty and expense of doing anything at all in San Francisco right now, let alone something that would be hard anyway, and; (2) the amazing craft-beer scenes in San Francisco and California, which allow a place to be somewhat high-class without having to even bother with wine and liquor.

Beer Nerds wasn’t crowded, but almost every space at the bar and the two small tables was taken when I arrived. It took the bartender, Vince, a while to get around to me, but I didn’t mind: He was taking his time with each customer, actually engaging with them, and that makes everything better.

I ordered “The Archetype” from The Bruery, in Orange County (At $7 for a 5 oz and $14 for a 10 oz, it’s one of the more expensive items on the menu). It’s a barrel-aged strong ale that delights me — rich, a little sweet, complex, and delicious.

“Hey,” I asked Vince. “What are these symbols on each entry on the beer menu? I can’t figure them out.”

“Oh,” he said, “are you familiar with untappd.com?”

“Well, it’s a crowd-sourced beer rating site. So these are the users’ ratings for the beers.”

“If they’re only semi-accurate, why do you put them on your menu?”

He shrugged. “I dunno. My favorite beer is only 3 stars.”

That is not okay. A place like this lives and dies by the quality of its beer curation — they should have their own opinions about what beers are good and which aren’t, and if they think a beer is mediocre, why have it on their menu at all? And if they think a beer is good, who cares what the teeming throng of drinkers-with-a-mobile-app think? Yelp me no Yelps — the Internet is not known for its good taste.

That bugs me, and I’m not really fond of anti-design bars, but I’ll say this for Beer Nerds: So far, it’s the best of the breed. We’ll start with the décor, and the fact that it has no TVs. TVs in small rooms are dominating presences, and make it much harder to do anything except watch TV.

The second thing it does right is a marble bar countertop. I know that doesn’t sound like much but, in a tall-but-boxy room like this, every little bit helps. Especially since it’s the locus of the room, and something you interact with frequently. It’s a small thing, but another nice touch.

The next thing that makes Beer Nerds a best-in-breed anti-design bar is that it’s affordable. Not by dive bar standards, but by San Francisco bar standards — which is important when you go to drink in a small room with no cocktails. There are five different kinds of pies, 10- and 14-inch, ranging from $13 to $26, and individual slices of pizza (which are pretty good) set you back just $5. There are 20 beers on tap, more in cans, and beers are priced decently (for fancy craft beers) and you can get smaller, 5-ounce pours of anything for pretty cheap — so your money goes reasonably far.

Next to me, two people — “Andy” and “Adelphia” — struck up a conversation so enthusiastic that I thought they must be meeting each other for an Internet date. I started to eavesdrop, but when I turned to catch a quick look at them, Adelphia pounced and welcomed me into the conversation, and started asking me questions. It was definitely not a date.

“Andy” was from Indiana and moved out here about six months ago to work for a pharmaceutical company. He was reading an H.P. Lovecraft book at the bar, which he’d picked up off a used book rack for $2.

I asked him what he thought of the master of nihilistic horror.

We talked about what I was drinking, but when I asked him what he was drinking, he said it was an “interesting question” … which, I don’t think it was. He looked for the beer — which, mind you, had come out of a tap — on the menu, then declared that it wasn’t actually on the menu. (It was.)

Adelphia, on the other hand, was a super-extrovert … her powers to create social situations out of silence and void were remarkably similar to the person who’d stood me up earlier in the evening. She was there for a party in the back room, but had periodically been coming out to get drinks and chat with Andy, who had caught her interest by being deeply into his book.

Adelphia is the kind of person who effuses about how much she loves reading but never gets around to mentioning specific books. She gushes, authentically, about absolutely anything that catches her attention: My shirt? It’s her favorite color. She made sure I knew. My hands are the absolute softest. She touches people she talks to often — I have never before had someone need to grab me by both arms to make sure I knew that it was raining. She offers a lot of cheers and toasts, and pulls everyone around her into a conversation.

“We’re all best friends now!” she told me, Andy, and “Pete,” another person she pulled into our conversation because he was near. “We’re like …” She grappled for a metaphor.

“The four musketeers?” I offered. 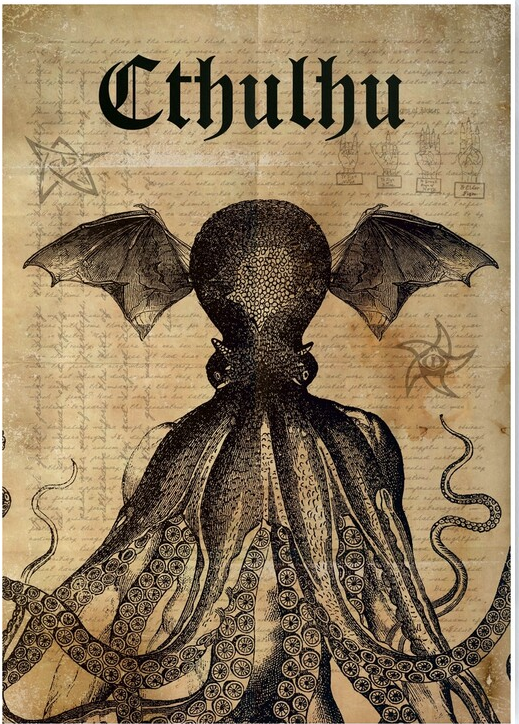 I ordered a Woodhouse Blending & Brewing Sunny Patch, a Belgian Saison from Santa Cruz that was good but a little yeasty for my taste. (13 oz, $8).

While I drank, Andy and Adelphia and Pete, all of whom are semi-regulars, talked about how much they love Beer Nerds, and what makes it a great bar. It was strange to sit in on that conversation, because they were listing all the things that I look for in a bar — it’s like they were reading my manifesto back to me — while I scowled and thought “yeah, but, THIS place? It’s a box! With beer!”

But they loved it, and I can’t fault their reasoning. It’s a place where they like the drinks and the food and, more importantly, find it easy to talk to other people. It feels like, when they come here, something might happen.

That is — and I feel strongly about this — the essence of what really matters in a bar.

Beer Nerds knows how to get out of its own way and let this happen. To me, Adelphia was doing all the work of making things possible, but Beer Nerds could have made so many small decisions that would have made her work harder.

It had me thinking much of the night about super-extroverts, and the power they have to bring a room together. Some people, like Adelphia, establish connections that bring people closer, and I think it has to do with a level of sincerity and niceness that I can neither fathom nor express. It makes a cynical part of me roll my eyes — but every bar benefits from having people like that there, who aren’t afraid to reach out and say something absurdly nice that they, somehow, mean.

What’s the point of drinking communally if we don’t break out of our isolation?

“I love how we’ve formed this little community together!” she told me later. “That’s so amazing.”

“No, it’s the truth. You wrangled us all into a conversation, and have been the tissue that binds us.”

She seemed really uncomfortable hearing that. Which the other super-extrovert I know also is whenever someone points this out to her. They want it to be about everyone else.

“Wellll … maybe,” Adelphia said. “But it takes the chemistry of all our personalities. Working together.”

It doesn’t, though. Basically anything any of us has said she’s been enthusiastic about, and that’s all it took to keep the experience going. Like Beer Nerds itself, the rest of us just played along.

Andy left first, surprising me. I could have sworn he’d have been the last to leave. Then Adelphia went back to her party for a while. Pete left a few moments later.

Finally, I was the last to stay, ordering one more round. Wondering if I don’t like people enough.