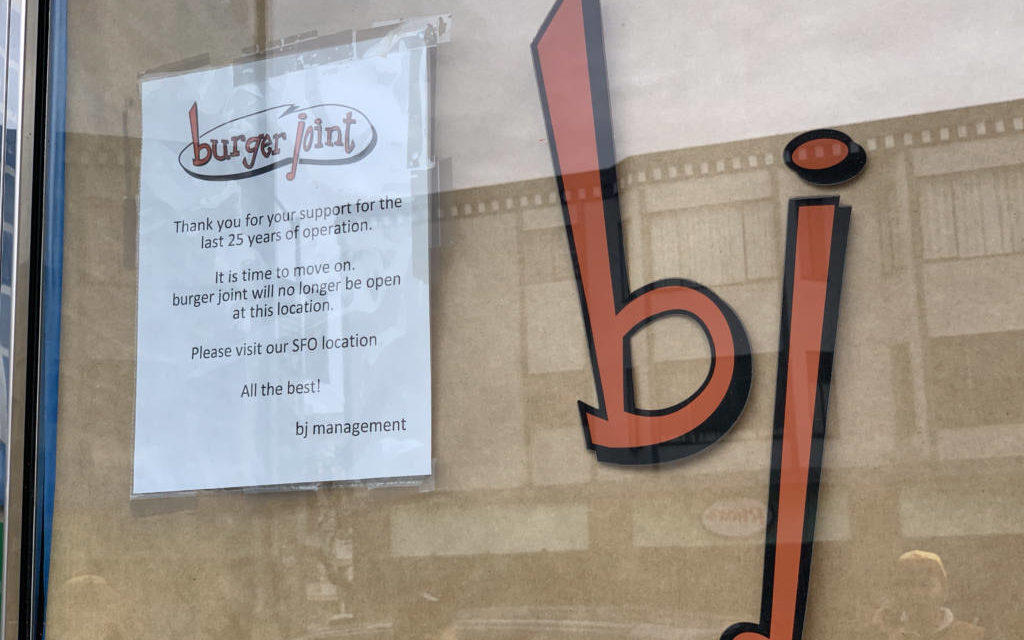 After 25 years at Valencia and 19th, Burger Joint last month flipped its last patty. Owner and longtime Mission resident Nidal Nazzal confirmed that he has decided to not return to 807 Valencia St. after mandatory seismic retrofitting on-site is completed.

Opening up the business was the “right thing to do 25 years ago,” Nazzal said. It was “pioneering then to offer quality meat” to customers in the Mission.

“It’s bittersweet,” he said about the decision to close. “But it’s time to move on.”

Over the years Nazzal founded more than a dozen local businesses, including Valencia Whole Foods and Dolores Park Cafe — both of which now have other owners — and the Mission Bar & Grill, which still has a location at the San Francisco Airport.

Nazzal said that opening a business usually started with him searching for something in the neighborhood, and that was the case with the Burger Joint on the corner of 19th Street.

“I was looking for a good burger place and there wasn’t,” Nazzal said. “So why not open one?”

“We saw a whole generation grow up,” at the Burger Joint he said.

He lived only two blocks away from the business, and so it became a “pit stop” for him and his three kids. “It was a family affair at one point,” he said. He remembered customers taking up seats in the restaurant’s round booths by the window and how his kids would mingle with other kids in the restaurant.

“But demographics have changed,” Nazzal said. “Families are not there as much anymore.”

That change was only one of the many challenges Nazzal encountered more recently. The booming food delivery service was another. Nazzal said that delivering burgers could not give customers the same quality of food off the grill.

Moreover, employees became more difficult to find. Even offering above minimum wage, it was “almost impossible to find quality labor,” he said.

All of these reasons came to the fore when the restaurant had to close while the building’s owner complied with the city’s Mandatory Soft Story Program (MSSP).

MSSP requires “the retrofit of older, wood-framed, multi-family buildings with a soft story condition” that are susceptible to strong earthquake damages, according to the Department of Building Inspection. The program identified that such buildings are “most commonly found” in five San Francisco districts, including the Mission District.

Nazzal said that the retrofitting started in early December and should be finished by mid-February of this year.

“We initially made the decision to come back after retrofitting,” Nazzal said, adding that his landlord wanted the business to stay and would have accommodated his return. “But the reality of the decision came when we started to look at everything.” He said that it was “too much to come back,” adding “it wasn’t sustainable going forward.”

Now in his mid-60s, Nazzal is still pursuing new projects. He wants to expand the Sidewalk Juice franchise (to open at the San Francisco Airport in July) and is working on other healthy concept projects. 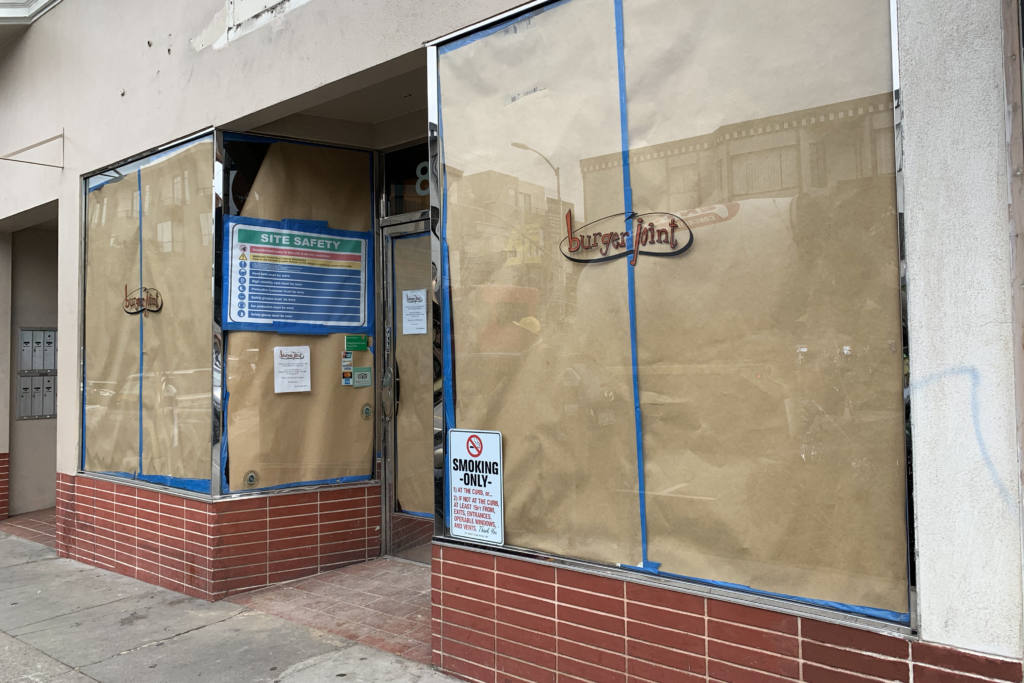