Amir Alkhraisat, missing since Wednesday, is sought by family and SFPD 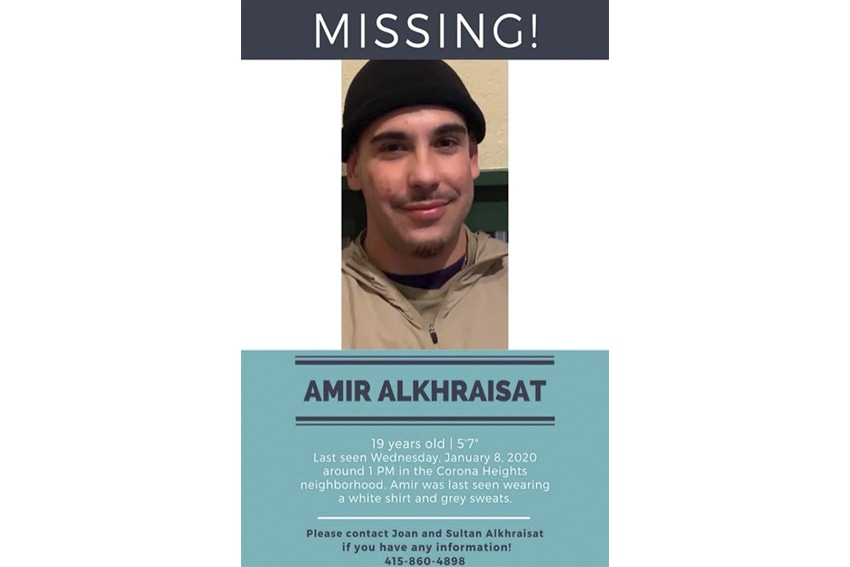 Amir Alkhraisat, 19, has been missing since late Wednesday, Jan. 8, according to his family. San Francisco Police Department spokesman Officer Joseph Tomlinson confirmed that a missing person report was filed on Jan. 9 on Alkhraisat.

The 5-foot-7 Sacred Heart Cathedral Preparatory graduate was reportedly last seen Wednesday around 1 p.m. in the Corona Heights neighborhood, where he lives, wearing a white shirt and grey sweatpants. Friends, however, say they believe he was in the Mission afterward.

Tomlinson said that there are “no foul play or suspicious circumstances involved” in this case. Alkhraisat’s family and friends have declined to comment at this time.

For any information on Alkhraisat’s whereabouts, the San Francisco Police Department’s non-emergency line is 415-553-0123 or call 911. 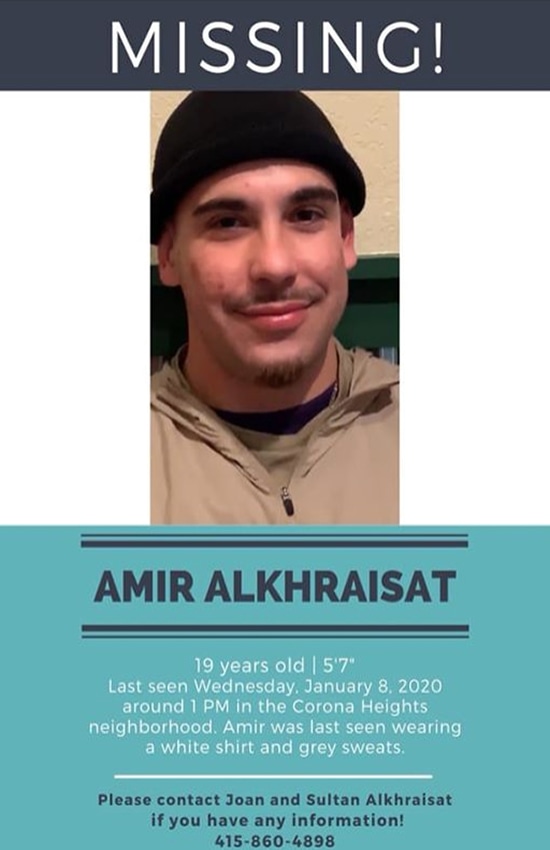