People We Meet: I do this for a living 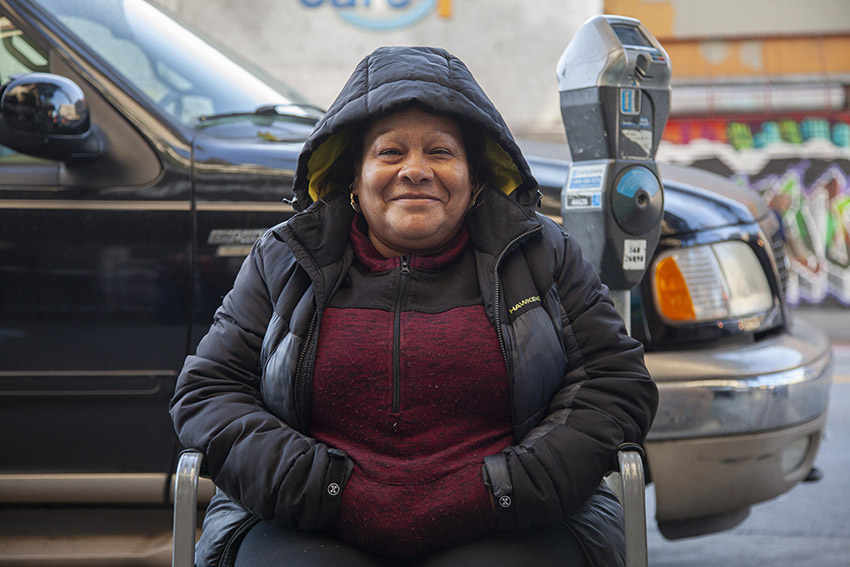 On a recent Friday evening, the corner of 22nd and Mission streets. was booming with activity – loads of merchandise had been set out for sale. The driver of a Hummer H3 pulled over, inspected a pair of jeans and asked Andrea Nuñes the price.

Nuñes, 50, has been selling merchandise on the streets of the Mission for eight years and on that Friday had a foldable table filled with pants, boots, detergents, instant ramen and toys. She is generally at 16th and Mission streets, she said, but painters there were stripping a building of its old lead paint, and the paint chips were beginning to affect her health.

“I have to keep selling stuff right here so I can pay for food or afford my rent,” Nuñes said in Spanish.

She arrived in San Francisco from El Salvador in 1998 and has been living near South Van Ness and 20th St. since she arrived. Nuñes resells what she buys  at flea markets and loads them up on her 1998 Ford Expedition.

She turned her attention to the man looking at the pants. He produced a wad of bills and handed her $15 for the pants.

“Sometimes I don’t even have a dollar to eat, but in a good day I’ll have at least enough for a little Maruchan soup,” Nuñes said, referring to the instant soups still for sale