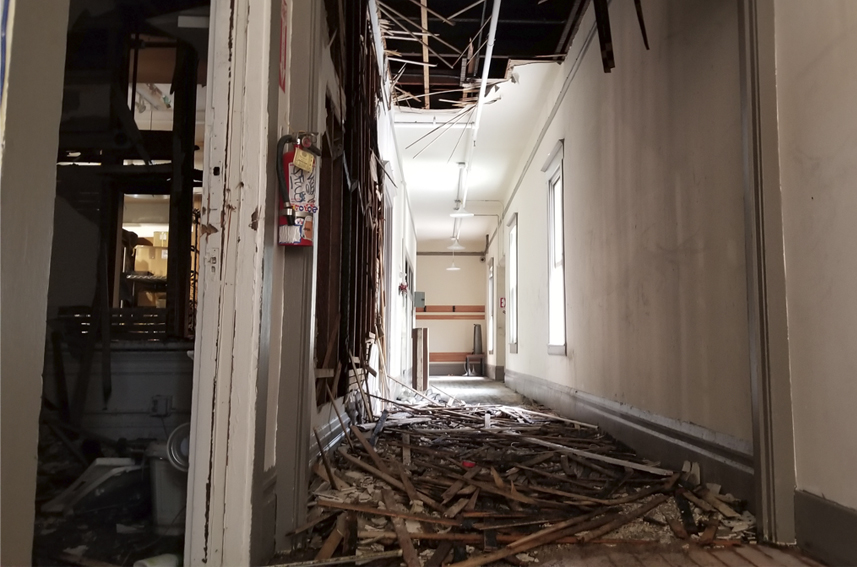 Damage to the second floor included a caved in ceiling and wall damage. Photo by Abraham Rodriguez.

Bernal Cutlery, Mission Bicycle and other tenants at 766 Valencia St., near 19th Street, are reeling after a second-floor fire broke out overnight, causing fire and water damage to first and second-floor commercial tenants.

Bernal Cutlery, which rents out part of the first floor, announced in an email that it would be closed for an unknown amount of time as a result of the fire. The store experienced water damage from efforts to control the second-floor fire and from its own sprinklers.

Donald said that his alarm company called at around 12:30 a.m., and when he opened up his camera feeds, he saw firefighters in the building. He and his wife had been at the store since the early morning cleaning up after the fire.

He said that the fire broke out on the second floor of the building, which houses offices and a bicycle repair shop. The roof and structure were basically intact, but the second-floor hallway was severely damaged.

“We’re still learning a lot, and we don’t know how long we’ll be closed,” Donald said.

Crews wearing hazmat coveralls were still at the building Friday afternoon as they swept up soggy cardboard and wood.

The fire broke out near an electrical outlet, burning the corners of a bicycle maintenance room and an office. It spread out into the hallway and onto the ceiling before firefighters were able to extinguish it.

Local journalism fails or succeeds because of you.

The San Francisco Fire Department has not yet responded to calls for information, but we will update this story once they do.

Debris was still on the floor as of Friday afternoon, and the smell of ash and fire permeated the building.

The third floor, which houses Paxton Gate’s administrative offices, was unaffected. Sean Quigley, the proprietor of Paxton Gate, said he and his team were still assessing the damage but were unable to comment further.

In an email, Bernal Cutlery’s Donald said that while the store will be closed, they will still be taking online orders and pick-up orders for sharpening.

Donald said that his Oakland location at 308 40th St. near Temescal would remain open. He and his spouse have owned the business since 2005 and moved into the Valencia location in August. 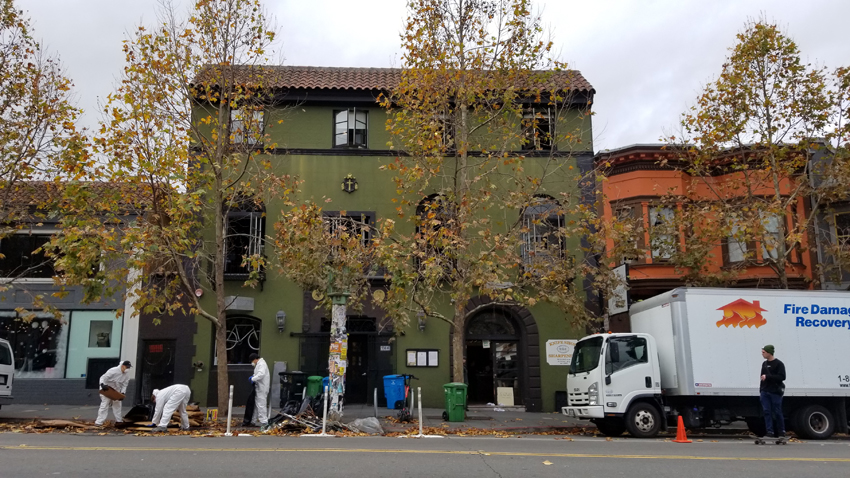