A big fight on little Lucky Street over parking 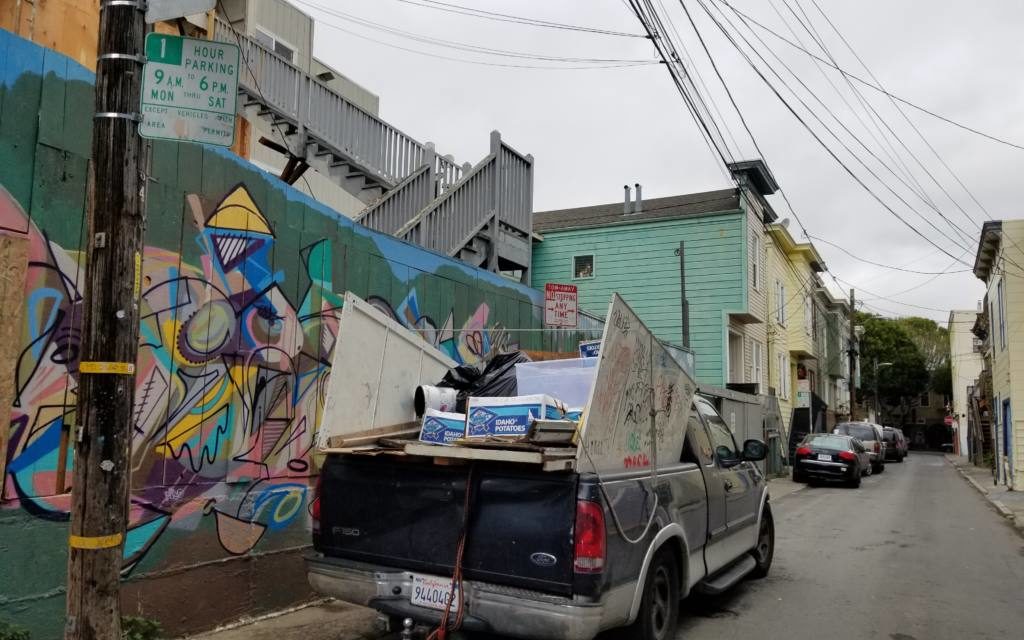 A group of residents petitioning the city’s transit agency to ban parking on Lucky Street because it prevents emergency vehicles from passing through are facing opposition from residents of the small alleyway near 24th and Folsom who say that’s simply untrue.

Brothers Jose and Ruben Morales, who have lived on Lucky Street their entire lives, say they have long seen emergency vehicles pass through.

“People who live in the alley, we want to park here because this is the only form of parking we have,” said Jose Morales.

Only five of the 25 people who signed the petition to ban parking actually live on Lucky Street. The others live on neighboring blocks, including Treat Avenue and Folsom Street.

Getting in and out of a garage can be more difficult with cars parked on the street, the brothers agreed, but it is not impossible.

The brothers said that the group behind the parking ban is using false claims to convince neighbors that all non-permitted parking should be banned.

Gladys Wong, a 72-year-old Lucky Street resident, gathered the signatures. Reached by phone, Wong said she was too tired to comment and she would want to consider her response carefully.

The Morales brothers, who live next to Wong, said she sometimes has trouble getting in and out of her garage, and she blames others who live on the street for making it hard for her to back in and out.

“Every time she has to leave her garage she has a problem not being able to move back in. She has always wanted people to park behind a sign,” Jose Morales said as he motions towards a “No Parking” sign.

“It’s your own personal problem if you can’t park, not ours,” Ruben Morales said. 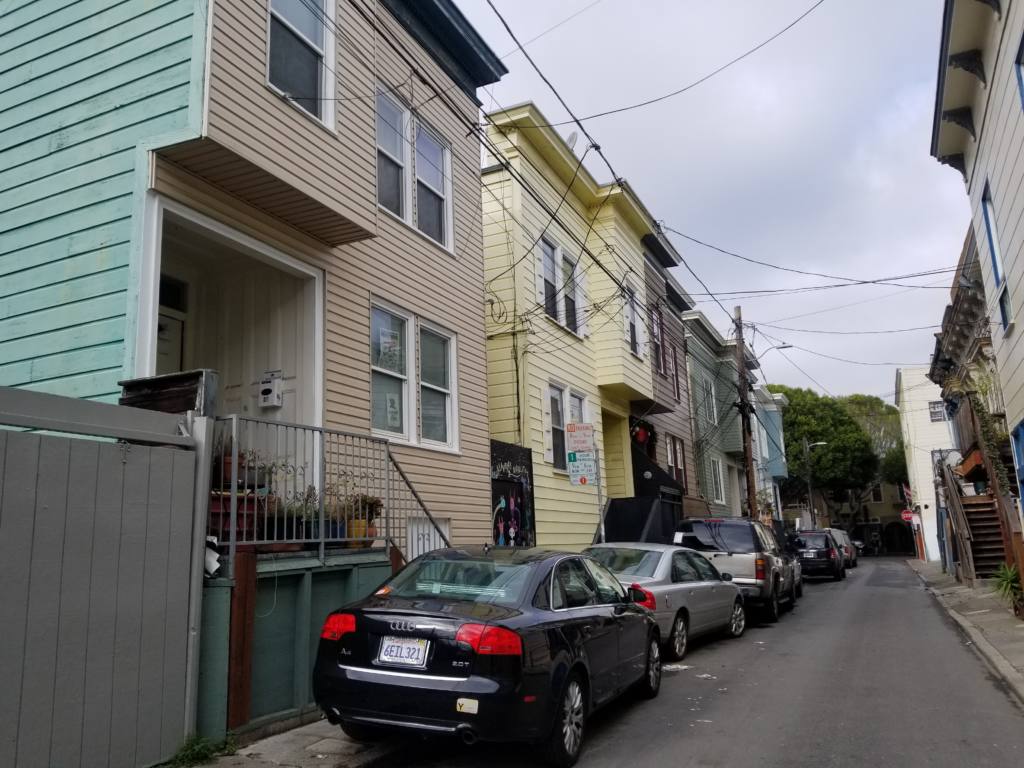 The alley, which is about 14 feet wide, only allows vehicles to park on certain sections of its western portion. When vehicles park adjacent to a driveway, it can make it more difficult for anyone to enter their garage.

Many of the residents opposing the ban also have garages and agree access can be difficult at times, but the benefits of having street parking, they said, outweigh the difficulties.

They said nearby 24th Street can be difficult and unsafe for overnight parkers. And many Lucky Street residents who park on the street rely on their vehicles to get to work.

The San Francisco Municipal Transportation Agency heard public comments for the issue at a Dec. 6 hearing, which attendants described as “contentious,” with many people opposing the plan.

Caught by surprise that a hearing would be held, Lucky Street residents quickly rallied, and created flyers that read, “SAVE LUCKY STREET PARKING” and contested every claim the petitioners argued for.

The SFMTA could rule on the matter as early as this week and will post a decision on its website.

One resident, who identified himself as Tony, said he’d been living on Lucky Street since 1968 and was not given any notice regarding the meeting. He called the proposal unfair.

Rosario Giron, who has lived in the neighborhood for 30 years, said Wong had been trying to collect signatures from everyone on the street. But most turned her away.

Giron said that in four years, she’s only seen firefighters in the alley twice. But city trash vehicles, ambulances, and cars pass easily.

Another longtime Lucky Street resident, Gregg Gotauco, said Wong asked him to sign her petition, but he declined. Gotauco bought his house in the alley back in 1972, and said that 20 years ago residents tried to collect signatures and petition the city establish a no parking zone in on the street. That failed.

This time around, Gotauco wasn’t offering his support to either camp. Instead, he wants to be ready for any changes on the street and would rather empty out his garage.

“I don’t know what the outcome is,” Gotauco said. “The best thing I could do is to be ready.”

Results from the Dec. 6 hearing were posted over the weekend by the SFMTA. Per the Sustainable Streets Division of the transit agency’s engineering department, the Lucky Street proposal was continued “due to a lack of consensus.”