Pride 2019: Behind the attempt to create the world’s largest ‘cuddle puddle’ in Dolores Park

Somebody call up the Guinness Book! Oh wait — they did. Photo by Naima Nazouari-Hill

Dozens of people gathered around a pink flamingo pool floatie in San Francisco’s Dolores Park Saturday, committed to set a record for the largest cuddle puddle in history.

For the uninitiated, a “cuddle puddle” is a group of people gathered for the explicit purpose of cuddling. This puddle in particular was organized by San Francisco residents Dakota Bell and Jesse Escalante to celebrate Pride month. Bell and Escalante, both 23, are close friends who call one another “sister.” Both are members of the Radical Faeries, an international LGBTQ+ organization based in San Francisco.

Bell and Escalante contacted the Guinness Book of World Records a month before their event, but were unable to get their cuddle puddle verified as the world’s largest. No surprise there: There is currently no Guinness World Record for a cuddle puddle.

Bell says that she hopes the cuddle puddles will become a monthly event once the weather improves.

The day before the event, Escalante and Bell met up in the Castro to create signs at a home called the Fairy House. Crafted from neon poster board, painting supplies and different shades of glitter, the posters served to remind cuddle puddle attendees about the importance of consent.

On one sign, Escalante wrote in big bold letters: “#Gays4Consent,” then painted a pink heart in the bottom right corner and showered it in glitter.

“That’s my biggest thing,” Escalante said, sitting on the living room floor. “At gay spaces, it’s been happening a lot where we get groped and touched.”

As they continued to produce their signs, Betty Towers, who lives in the Fairy House, walked into the room. The group talked about their plans for Pride weekend.

The conversation was loud and full of laughter.

Towers played Lady Gaga’s “Born This Way” over her phone, and softly sang along.

Scenes from a cuddle puddle. Photo by Naima Nazouari-Hill.

At Mission Dolores Park on Saturday, people began showing up at noon.

As more people arrived, newcomers were quickly welcomed. A Spotify Pride playlist blared from a speaker.

Laughter was nearly constant, as attendees asked permission to cuddle one another.

“Wait, can I cuddle you?” Escalante said, his hands up as a woman named Kari Vaca jumped onto the flamingo float. “Yes,” she said, smiling as she curled into him and he wrapped his arms around her.

By 3 p.m., with some 30 people in attendance, it became clear attendance had peaked.

“I think the weather scared a lot of people away because normally this would be completely packed,” one attendee said in passing during the grey day. Though 325 people said they planned to attend on the Facebook event, the organizers seemed unbothered by the low turnout.

“We love community, and we love to be around each other,” Bell said. “We love to make new friends.”

About half of the people who were there were associated with the organizers, either through Radical Faeries or through social media. Some heard about the event from friends, and thought it would be a good way to spend a Saturday afternoon.

Whenever someone walked by looking curiously at the group, a cuddler would yell with a large smile, “Join the puddle!”

“This is the chosen family for a lot of people,” Bell said.

As the event wound down, the organizers talked about what was next.

“I want to cover this top half [of Dolores Park] with a whole army of flamingo floats,” Bell said, as she gestured up the hill. Bell and Escalante will continue to look into cracking the Guinness Book of World Records — but even without it, the organizers feel the event was a success of sorts.

“Community is kind of like, everything,” Bell said. “It gives you life.” 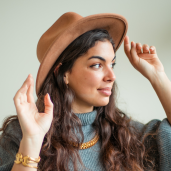