In an overstuffed meeting room at the Palega Recreation Center in Portola, locals lashed out against city officials, furious at their failure to manage the arrival of dozens of RVs in the neighborhood.

“We want to hear from you, we want to brainstorm,” said Carolyn Goossen, Supervisor Ronen’s chief of staff, at the start of meeting. She warned the audience that questions would be kept to one minute and answered in bulk at the end.

Ronen described the problem to jeers from the audience. The amplifier wasn’t powerful enough. “Can’t hear you back here!” yelled one attendee standing at the back of the room.

Working to maintain a measured cadence, Ronen described her success clearing out a tent encampment in the Mission. No one cared. The audience wanted to talk about the RV driver with Tennessee plates who dumps his waste on the street. They wanted to know if the police knew whether the vehicles were registered to sex offenders and drug dealers. They wanted answers to 311 calls.

Ronen eventually turned to the situation in Portola, where a number of RVs have relocated in the past few years.

“Quite frankly, it’s a nightmare,” she said. “I have an RV living outside my home.”

A peal of laughter echoed across the hot room as latecomers continued to arrive, scrambling for a snack of raisins, M&Ms, or pretzels as they squeezed into the after-work meeting.

“Let’s hear about our problems,” said another voice from the back

After a quick plug to support the Proposition C initiative that would tax the city’s biggest businesses to create a fund for homeless residents, Ronen ceded the floor to Andy Thornley, a senior analyst at the SFMTA. Andy Thornley from the SFMTA. Photo by Nina Sparling.

“I’m already well convinced there is a disaster,” he said. “I get it.”

The crowd agreed. But tired of hearing rehearsed segments, Portola residents hungered for immediate action. Grunts and murmurs of acknowledgment spread across the room. So did impatience.

Throughout the meeting, locals and city officials played tug-of-war over basic questions: how to solve the problem now, and how to plan for the future.

Fed up with the RVs on their blocks, residents wanted something to be done — now. Ronen and others attempted to impress upon the audience the leaden pace of city bureaucracy –– and the genuine need for a long-term solution.

Between 20 and 30 RVs have taken up residence in the neighborhood, mostly concentrated in the University Mound area.

Thornley attempted to explain just why the short-term presents a host of issues. It is illegal to live in San Francisco in a vehicle, but the police struggle to enforce the laws. Living in a vehicle is a misdemeanor, not a felony, which complicates the process.

Then, there is the 72-hour rule: a frustration for many locals, and the subject of recurring debate and rage throughout the meeting. No vehicle can remain parked on a San Francisco street for more than 72 consecutive hours. But, here’s the rub: A driver only needs to move their vehicle 10 feet to “reset the clock.”

Many RV drivers take advantage of the loophole and move a few yards every few days, which is fully within the limits of the law. Thornley ran through several of the regulatory options that could work. “There are not many tools in our toolbox.” One potential tool, residential permit parking, he described as “kind of like a cannon to kill a fly.”

But some –– frustrated with what they see as the growth of a non-residential-tax-paying presence in the community –– see potential in that approach. “I would like, citywide, for recreational vehicles and commercial vehicles to seek those permits from the city and not extend the cost down to neighbors,” said Sandra LaFerrera.

Alan Maffei, a 56-year-old lifetime resident of the Bayview-Hunters Point and Portola districts, said the law is too lenient on motorhome owners and residents – and that Ronen has ignored complaints.

“We have motorhomes in the neighborhood that are not drivable,” he said. “It’s really infuriating that officers will drive past these situations and not address them.” The audience applauded as he continued. Looking straight at Ronen, he said, “We’re all here tonight so you don’t forget about our neighborhood.”

Part of the issue in Portola is that District 9 doesn’t have restrictions on oversized vehicle parking. Other districts — notably, wealthier areas in the western reaches of the city — do.

“Are there RVs in Pacific Heights?” asked Rory Ryan. “No!” the audience responded in chorus. “Are there RVs in Sea Cliff? Let’s see … Marina, how about Marina Green, are they parked there?” she asked, her voice louder at each interrogation.

“NO!” the audience responded, breaking out into affirmative chatter, satisfied with the recognition that their community had been saddled with a problem other districts had managed to shed.

“My bet is if they parked there,” continued Ryan, “they would be gone in a day.” It was standing-room only. Photo by Nina Sparling.

Dustin Novo, a firefighter at Station 43 in Portola, is among the many residents who think the fix is that simple: install the same signs that prohibit parking for oversized vehicles in the tonier neighborhoods. “Everything else is just talk,” he said.

Ronen said she agrees with her constituents that it is inappropriate to have RVs parked in residential neighborhoods –– and is likewise tired of how other districts relocate their issues to southeast San Francisco. “I’m sick of our neighborhood having to take the brunt,” she said, beginning to express clear frustration.

Many residents worry that, meetings aside, it’s all talk with no substance. Richard Cairo is a resident and local letter carrier. He was among the constituents who pushed to convene a community forum in the first place. “No one wants these mystery neighbors living outside our houses,” he said. “Our kids are out there.”

Ronen remained resistant to a strategy that adds Portola to the list of places RV-dwellers cannot go. For one, it doesn’t actually solve the problem of RVs and homelessness. It just relocates the people living in RVs to another district, she said.

Some Portola residents would be fine with this. “Try Brisbane!” resident Rick Perez yelled as Ronen offered the explanation.

But the youngest audience member to speak up, Theodore Randolph, tried to remind his neighbors that they are dealing with people –– and that the issue extends beyond the immediate inconvenience of RVs in the area.

“We’ve been dealing with homeless encampments my whole life and they’ve only been getting worse and worse,” he said. “We need more places for those people to go so they can have proper homes.” 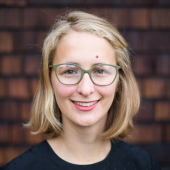