The San Francisco Sheriff’s Department and Public Utilities Commission abruptly terminated a $2 million grant to the Garden Project, a nonprofit that runs a program in which at-risk youth earn $15 an hour to work on city horticulture projects.

Sheriff’s Department spokeswoman Nancy Crowley says both her department and the PUC are cutting ties with the Garden Project, and have instead been working with a different nonprofit called the Young Community Developers to run the summer youth program from July 16 to August 10.

This came as a jolt to longtime Garden Project executive director Catherine Sneed. “They found contractual irregularities, and they are expecting me to tell my staff — who have to pay their rent in 30 days — to go,” she said.

Mark Nicco, the Sheriff’s chief legal counsel, said that details about these irregularities are still under investigation and cannot be released to the public. Sneed said she doesn’t know what kinds of inconsistencies were discovered, either.

Last summer, the program employed 296 students; in the last five years, it worked with at least 1,000 young people.

Sneed herself founded the Garden Project in 1992, when she was a special assistant to the sheriff.

In 2004, she was asked by then-Mayor Gavin Newsom to train at-risk youth to landscape the Hetch Hetchy Reservoir and Crystal Springs Watershed through a contract with the Public Utilities Commission.

In addition to the year-round Garden Project, Sneed in 2010 started a summer program to provide horticultural training for at-risk San Francisco children and young people from lower-income families. This program is ongoing. This year, it received 483 applications, including 37 teenagers from the Mission District and 18 students from Mission High School.

The participants in the summer program will be working with new staff. Crowley says there will probably be some restructuring, but the goal remains the same: to train and teach young people the science and art of growing plants. Sneed declined to make further comments about the future of her organization. 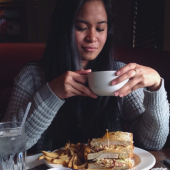