I’m doing web development. I was commissioned to do a subcontract for a website which is a bit of a instagram/Tumblr/Instatumblrgrambook. I’m a freelancer, so I have to get my clients by word of mouth. He came through craigslist.

I’ve been freelancing about 4 years now. I’ve worked at a few startups. I would not like to mention their names because I was fired from them. Eventually it came to mind that I would like to be my own boss and work by myself on my own schedule. Like right now, with a beer, at a bar.

Sycamore is probably the one that I go to [most] frequently. Actually she [the bartender] sees me here every day, almost.

I wake up at ten AM ish. I get some quick breakfast. I will open up and respond to my emails; I consider that work. After that, I will generally go grab lunch and during lunch I could do some minor work. And if I feel like it, I will have another beer and continue working straight out of the bar.

At four o’clock I’ll go home, I’ll slack off for a little bit, watch some Netflix maybe, and my productivity hours pick back up from eleven to one.

The places where you have to program is a constant battle of, ‘I’m the superstar programmer in this company’. There’s always this battle of egos that’s going on. Whether it’s startups or large companies, it’s still a one upmanship, which pisses me off.

Because I’m self-employed, I’m able to be my own boss, pick my own hours, and pick the clients that I want to work with. For example, if I’m working with a company that does web design, I would have to work with the client regardless of who the client was. I don’t have the choice to fire them. [Now] if I don’t like somebody, or they don’t know what they want, I will refer them to someone else.

I have my own startup that I’m working on right now. It’s a marijuana based delivery service for patients. Right now it’s limited to patients, but when we get to 2016, the industry will be more widespread. 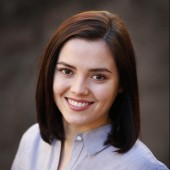