Residents from all over San Francisco made it very clear at a public hearing Tuesday night that they do not want the police to carry Tasers. But for many in the Bayview police district, Mario Woods is still on their minds.

“He’d still be alive, I think, if the cops didn’t just resort to using their guns. Maybe if they had used a Taser, Mario’d still be on these streets,” said Marvin Jeffrey, a local cook for more than 15 years at Let’s Eat BBQ & More on Third Street.

Jeffrey was working just down the street from where the 26-year-old black man was gunned down by San Francisco Police officers in December 2015. The incident sparked protests and prompted the city and its police force to rethink how it polices.

Not long after, the Justice Department found that the SFPD lacked accountability and had “outdated use-of-force policies.” The department recommended the city consider arming police with stun guns — a prospect the city has voted against in the past.

“I’m for any additional tool we can have to do our jobs, especially if it’s an alternative to using a firearm,” said Officer Mark Margreiter, one of the Bayview District’s beat cops, who has parked his bike on the corner of Palou and Third streets for the last five years.

Margreiter was working his beat the day Woods was shot and killed. He has since watched the neighborhood evolve over the last two years: it’s quieter, but everyone still lingers on that moment.

Bayview residents and community leaders like Gwendolyn Westbrook, who runs a homeless shelter serving Bayview residents — including Woods at one point — are skeptical about Tasers and how they will impact one of the last black enclaves in the city. For some, trust has yet to build.

“Both Tasers and guns are deadly,” Westbrook said. “No matter what, cops are going to shoot to kill here.”

“There’s distrust. There’s bias. I still don’t know if I’m going to make it home alive every day. Tasers might kill less people, but we are still fearing for our lives.”

About 30 percent of residents in the Bayview police district are black, 17 percent are Latino and 19 percent are white, according to SFPD’s demographic data from 2008. Many at Tuesday’s public hearing cited concerns around the notion that black and Latino communities are more likely to be tased than white people.

Longtime Bayview resident Alfred Anderson said, “it matters just as much who’s on the other side of the weapon as much as the weapon the cop’s holding.”

Anderson, however, said he could start to trust cops with Tasers, but only if they have extensive training.

“You have to show them and really teach them that their Taser isn’t their gun and shouldn’t be treated as a gun,” he said.

“You can train them all you want,” chimed in Anderson’s wife, Orentha Ewing, as she stood by his side, “but they are still going to shoot you if they have a gun on them and their Taser ain’t working.”

Anderson nodded in agreement, “yeah, Taser or not, black people are the ones getting hit here.”

An investigation by the San Francisco Chronicle found that between January 2015 and May 2016, the eight victims of police shootings included four Latinos, two African Americans and two whites.

Members of the Officers for Justice Peace Officers Association, a police union located in the Bayview that pushes for diversity in the SFPD, said the department should tread carefully when implementing Tasers.

In a June press release, the association’s president, Sgt. Yulanda Williams, argued for a gradual introduction of Tasers into the police force: first, to issue stun guns to officers in the busiest districts; then, to issue Tasers to officers based upon criteria including an officer’s desire to participate, history of use of force, personnel records and a recommendation from their Sergeant.

“All lives matter. The department should issue [Tasers] slowly, evaluate and assess for success,” Williams stated in the release. “We all strive to provide and utilize tools geared towards the de-escalation of force and protection of life.” 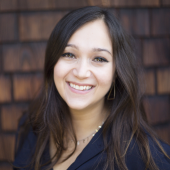