A Witness to Fire: A Citizen and Journalist Score 0%Score 0%
A still taken from the video shot by Janet Kornblum. See video below

I was riding home from my office Wednesday evening when I rounded the corner at Valencia and 22nd and saw a plume of smoke rising in the sky.

From two blocks away, I could see flames shooting out a window from large building ahead.

I pulled my bike over near the corner of Bartlett, joining the small crowd gathering across the street from the building. Bright orange hot flames leapt out of windows on the third floor, licking the edges of the frame. It was huge. An inferno.

Sirens were approaching. A cop car was already there, lights whirling. But the firefighters had not yet arrived. The fire had just started, apparently.

It was something to be seen. Awesome. Frightening. You could hear the wood cracking. The glass breaking. Popping. Sirens.

I did what everyone else did. I pulled out my phone and started recording, feeling a little weird about it but feeling like it was something I should do. After all, I’m a journalist. I’m a citizen.

And that’s what we all do now. We see tragedy. We record it. Like it’s our job. Even when it’s not.

With my phone held aloft, my mouth dropped open. I’m not easily shockable. But this? Devastation. Nothing in that room could survive I thought. I hoped there was no one inside.

I saw a boy in a room a few windows over. He was clutching a stuffed toy dog. He was headed toward the window. A man, presumably his dad, followed. They moved out on the fire escape and then I saw the toy was moving. It was a dog. A real dog.

I looked around me, standing there on the sidewalk, lit by streetlights and flames.

Everyone had their phones poised, watching. I’m a journalist. I know the importance of witnessing an event. And I’ve lauded the value of cellphones. They keep cops in line. They keep bad people from getting away with stuff. They give the powerless, power.

I had been filming for about 30 seconds when a man walked down the sidewalk and screamed at the crowd. Our cell phones were out. A still from the video by Janet Kornblum

“Put down your fucking phones! What the fuck?” (I didn’t write down the quote but I’m pretty sure I got it right.)

I felt a hot flash of shame and lowered my phone. He’s right. He’s saying just what I had been thinking: What was I doing, standing there and filming? What were they doing?

Hey, I wanted to yell. This is real life. There are people in that building. People who could be dying. People who need saving. No one else is here. We’re the rescue crew.

One man died, we found out later.

That voice was aimed at myself as much as at everyone else.

In fairness, there really wasn’t anything most of us could do. I couldn’t climb the fire escape. Besides, they were blocked. I wasn’t equipped to run into a burning building.

And then of course, at least some of the people filming were probably residents of that building, witnessing their lives going up in flames.

I saw the cops heading over to the kid. They would handle it, I thought. As it turned out, they did.

I looked around. Maybe there was something I could do. I saw a man wandering in the crowd just a feet away. Bright red blood covered his forehead. A fresh wound.

Why hadn’t anyone else noticed? Why hadn’t they taken care of him?

He was standing in a crowd, next to people holding phones. It’s like they didn’t see him.

Maybe they were in shock.

Maybe it was a crowd thing. Nobody in crowds thinks he or she is the responsible one.

Maybe it was an empowerment thing: not everyone thinks they actually have the power to do things.

Or maybe—just maybe—that thing that happens when we get behind a lens was happening right then: Maybe they were hypnotized, viewing the fire through small screens, seeing it like it was already on YouTube. Like it was over there, somewhere far away.

“Hey,” I yelled above the sirens at the man. Firefighters had arrived. “Are you Okay?” I asked. He looked at me dazed. Of course he’s not okay, I thought to myself. He pointed across the street, just below the flames. Said he’d been standing there—just there—where pieces of the building were tumbling onto the sidewalk. He touched his head, clearly dazed.

I brought him to a firefighter who took him. I felt flooded with gratitude.

This was real. These firefighters were going to take care of him.

The man was put in an ambulance. I’m presuming he was okay but I don’t know.

By that time emergency crews were on it, poised with hoses, rescuing people from fire escapes.

And the sidewalk was thick with bystanders, mostly filming.

The world needs witnesses. It does. It needs people who observe. Who record. Who make people accountable. I’ve spent most of my professional life dedicated to precisely that cause.

But just as I needed to learn balance as a reporter, so do the rest of us.

We need to learn the time to record, the time to witness—and the time to put the fucking phone away, to paraphrase the man yelling down the sidewalk— and do something. To remember—real life is more important than the image of it.

A list of funds and places to drop off donations is here.
Janet Kornblum is a Mission resident, journalist, writer and media trainer.

The video shot the night of the fire 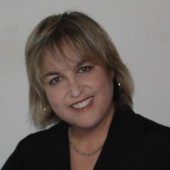