There was one, this morning, outside Arizmendi bakery, organized chiefly by Erin McElroy—aka “The Woman at the Heart of San Francisco’s Anti-Tech Gentrification Protests.” Looks like two tech buses using a Muni stop at 24th and Valencia were delayed by protesters with banners and bullhorns.

Some of you might think the narrative of protesting the private shuttles that cart their workers to tech offices has gotten stale. (We’re reading @eviltomthai’s tweet that way.)

Well! You have not looked at your calendar!! If you had, you’d have realized that this particular protest of Google tech buses coincides with the launch of a pilot program by SFMTA that charges tech shuttles $2.50/per Muni stop use. As CBS reports, it’s an “18-month transportation experiment that has Silicon Valley corporations paying for the privilege to use Muni stops.”

McElroy told Mission Local that today’s demonstration had a goal: to not allow the shuttle buses to use Muni stops.

She billed it as an issue about the displacement of seniors and people with disabilities, adding that this group was severely impacted by Ellis Act evictions, most of which she said happen in close proximity to shuttle stops.

We have read that real estate values improve the closer to these tech shuttle stops you are. (You can read that, too, over at SFGate.com, where it is said that “San Francisco sellers can now add proximity to a tech shuttle stop as yet another amenity.”)

Mira Ingram, a wheelchair-bound Tenderloin resident who supported the protest, said the tech buses elbow the Muni buses out further into the street, away from bus shelters and from the disabled people who ride public transportation. “I’m hoping that the city and tech companies understand that it’s more than people not wanting them here,” she said.

Ingram, who was evicted from 22nd and Guerrero during the first dotcom boom, added that she feels seniors and disabled people have been “cut out,” and that “we’re not able to take part in our community.”

More protests as they develop…

Laura Wenus contributed to the reporting of this article. 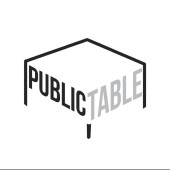