Jared Marchildon worked as a buyer at Libros Latinos, a leading Spanish-language bookseller in the Mission. As part of his job, he traveled throughout Latin America to find books that he felt mattered. When not reading or talking about books, he likes to talk music. 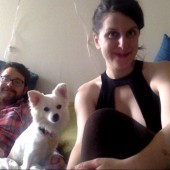