A project to beautify and calm traffic on Bryant Street was approved last Friday at a meeting at City Hall.

Engineers from the Sustainable Streets Division of San Francisco’s Municipal Transportation Agency gave the go-ahead for the proposed construction of two landscaped medians, new parallel parking and the removal of a left-turn lane.

“I’m very excited, my neighbors are excited. It will be a great improvement to the safety of our blocks,” said Rob Thomson, who lives at 25th and Bryant streets and has been with the project since its inception in 2008. “Over the years we have seen many speed-related accidents.”

Other neighbors agreed. “Every morning I sit with my coffee and watch drivers roar down Cesar Chavez coming off the 101 and careen around the corner onto Bryant,” said Jay Goldman, also a resident of Bryant Street.

To increase the safety of their street, Goldman, Thomson and other community members went to the Planning Department and asked for help.

“The Planning Department was great. They worked with us very well, listened closely and helped us come up with ways to increase safety,” said Goldman.

From there, the project eventually became part of a larger program called the Mission District Streetscape Plan, headed by city planners Ilaria Salvadori and Amon-Ben Pazi. The goal of the plan is to make the Mission a place where the streets are vital public spaces that serve the community.

In addition to the median, 10 perpendicular parking spots will be added between 25th and 26th streets on Bryant. The new spots “slow speeding traffic by narrowing an overly wide roadway,” according to Tom Radulovich, the executive director of Livable City, a group that aims to improve conditions for pedestrians and bicyclists.

The last approved change was the removal of one of two left-turn lanes from Bryant onto Cesar Chavez — the left-turn-only lane on the southbound approach. That decision was made in anticipation of a future median on Bryant Street.

The planners expect the project, which will go in front of the full SFMTA board, to be completed by the end of the year. 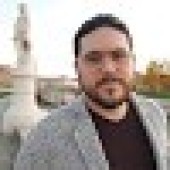