Muni Jobs Training Failed for Many of the Temporary Workers There were graduation speakers, food (paid for by the graduates) and in some cases family, but instead of celebrating the passage from trainee to skilled worker, the graduates of Muni’s Entry-Level Training Program recalled a year-long jobs program that offered little training and in some cases paid workers to sit on a bus or look for other work, according to several of the graduates. “We were told we needed to stay out of the way,” said Michael Perry, a maintenance trainee. “We asked why this was happening, but didn’t get any answers.”

Paul Rose, spokesman for the San Francisco Municipal Transportation Authority, which operates Muni, acknowledged that Muni had only moderate success with the program.

The Services Employees International Union 1021, which represents Muni workers, did not want temporary workers doing union jobs, Rose said. Some of the temporary workers, he added, were reassigned and restricted to answering phones and hand-washing the bus platforms.

Union spokesman Steve Stallone said that the situation last year was different. In previous years, the union worked with Muni to hire people from the community for similar training programs. “This time they brought on many more people at the same time as they were doing layoffs,” Stallone said. “They were bringing people to do the work while union contract workers were being told that there were budget problems.”

Whatever the reason, trainees say they were caught in the middle.

The Muni program was one of many jobs programs paid for by California’s $1.8 billion share of the federal jobs stimulus money and organized under a national program known as Jobs Now. The city’s share of $25 million paid for one year of employment for 1,300 city and 3,000 private-sector positions. The Muni program represented only 65 of those positions, but the experience of the 52 workers who completed it underscores the difficulties even a long-standing training program can run into when temporary workers are hired in the midst of layoffs. The Muni Entry Level Training Program has been in existence for nine years.

Perry said the training that ran from September 2009 to September 2010 began to lose steam in November, two months after it started. The change, he and others said, came when budget cuts forced Muni layoffs.

“The Muni employees felt that we were taking over their jobs,” said Perry, who cleaned buses at Woods until managers of the Muni training program moved him to a custodial position at Arriba Juntos in March. “But we were only brought on as a part of the training program. The jobs would have been lost anyway.”

As the relationship between the Jobs Now workers at the Woods Division and the Muni employees became increasingly hostile, trainees could no longer work on the vehicles and were asked by supervisors to move off Muni property and pick up garbage along the perimeter of the bus barn, according to Perry and five other graduates. All 33 maintenance trainees assigned to the Woods Division were relegated to the perimeter of the bus barn, they said.

Allowed inside the yard only to get cleaning equipment, they began picking up garbage on the sidewalk along the Woods perimeter at 8 a.m. and finished after a few hours.

Unable to do any work inside the yard, many, like Perry, spent the remaining time in their cars catching up with reading — or left to search for employment elsewhere.

Others said that Muni supervisors told them to sit on an empty bus — at times for nearly eight hours.

Maintenance trainees were not just sitting on the bus for eight hours, Rose said, but maintaining and cleaning the bus. “According to our personnel at site, at no point were people not allowed on the campus. They were working in the bus yard.”

But several workers offered a different version. “The equipment closets were locked. We were told to sit on the bus and stay out of the way,” one said.

When told that none of the workers supported his version of events, Rose said he didn’t know why they disagreed.

The Muni temporary program also hired a total of 19 receptionists, including six at the Woods Division. They too said the Muni jobs proved difficult. “Working for Muni hasn’t been the best. Our services were utilized but we were not well-treated,” said Carla Guadamuz, a Cal Works recipient who until the training program had been raising three children on food stamps and welfare.

Guadamuz and others said that after the Muni layoffs in November, their workloads increased substantially and they were often doing work they had not been trained to do. “I was hired as a receptionist but my work was secretarial,” Guadamuz said. “I’m leaving with the same skills I came in with. In fact, when I was at Flynn [another Muni bus division on Harrison Street], I was made to train a person that came after me.”

Carmen Becerra, an office assistant in Muni’s accounts division at One South Van Ness, agreed that the temporary workers did not always have the training to do their assigned work. However, she relished the job.

“I’m so glad for this program,” Becerra said, adding that she was able to go to City College for 10 hours a week.

Most trainees said they expected to get on-the-job training and certificates attesting to that training. But the 34 temporary maintenance workers unable to go onto Muni property at the Woods Division after January said they failed to receive the automotive service and Class B training for a commercial license to drive buses and larger vehicles that carry more than 16 passengers.

Rose said Muni could not provide such training to temporary workers because the agency believed it to be a violation of union rules.

Some trainees did manage to get the certificates because Muni volunteer Iola Brown — a former trainee later hired by Muni — offered to provide training to those willing to do it off Muni property.

Workers first complained to Arriba Juntos, a nonprofit job center in the Mission District where the managers of the Muni training program had a desk. The overall program was run by the city’s Human Services Agency.

When complaints were sent to that agency, Pamela Tebo, an executive assistant to Trent Rhorer, the executive director, said the agency only handled complaints that Muni had about the temporary workers.  When temporary workers complained, she directed them to Muni’s employment offices. Once there, workers such as Guadamuz were told to file a complaint with Muni’s Equal Opportunity Office.

Guadamuz said she decided against taking that step because she feared it would impact her position.

A few workers were moved to Arriba Juntos in March, and the Human Services Agency told others to take three days a week off to search for other jobs.

From May to August, the employees said, they received a list of openings with job descriptions and pay scales. But these too were voucher jobs funded by Jobs Now, and scheduled to end on September 30.

Although this was the first year that federal funds paid for it, Muni’s training program has existed for nine years, funded first by Muni and then by the San Francisco Human Services Agency.

In the past, 45 candidates were trained for six months, after which Muni selected 15 to stay on for another six months.

Any of the 45 candidates who completed six months could apply for permanent jobs with Muni, usually in maintenance. It’s not clear how many of the program’s graduates have been hired permanently by Muni.

None of the employees hired by Muni this year became permanent. When Jobs Now ended in September, Mayor Gavin Newsom unveiled a $9 million plan to save at least half of the 3,000 private-sector jobs funded by the program.

For now, the 1,300 city workers paid for by Jobs Now funds, including the Muni trainees, move back to the unemployment line. 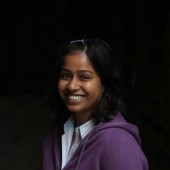