Those riding the system’s trains Wednesday mostly called it cramped.

Giants fans, fairweather or not, packed BART and other transit systems across the Bay Area Wednesday en route to a parade celebrating the team’s World Series victory.

BART trains, already running the maximum number of cars for the occasion, filled to capacity as early as 8 a.m. By noon, the transit system was already reporting 72,000 more riders than a typical weekday.

“I’ve never seen anything like this before in my 15 years working with BART,” said station supervisor Dennis Scanlan, adding that he’s worked his share of New Year’s Eves and Pride Parades. Scanlan, usually stationed in the East Bay, was working at Montgomery Station, which was temporarily closed as officials and BART police struggled to contain the crowds.

By the end of the day, BART had shattered its record for highest ridership in its 38-year history, transporting 522,200 people between 4 a.m. and midnight. The previous record had been set during the emergency closure of the Bay Bridge that brought the Bay Area to a standstill.

The transbay commute seemed at its worst as the parade’s 11 a.m start time neared.

At 10 a.m., the Rockridge station platform jammed with anxious fans decked out in all manner of Giants’ duds. Some had seen as many as three full trains pass through, unable to board because the crowds were so great.

Some enterprising riders crossed the platform to another train –- going the wrong way –- in hopes of boarding a San Francisco-bound train at an earlier stop. Once on the Pittsburg train, riders were advised to continue as far as North Concord, a 25-minute detour, to snag a train.

The riders took this in stride, plotting their next moves. And then, more bad news –- no BART trains were stopping at Montgomery station, the closest to the parade route. “We thank you for your patience,” the train operator announced, rattling off factoids about the transit system’s usual ridership. “We’re doing the best we can.”

At Pleasant Hill, the first sign of an empty platform, most off-boarded, ignoring signs that prohibit running, and wrangled for prime spots on the San Francisco-bound platform.

The lines buzzed with giddy chatter and high spirits. Eight minutes later, the train’s arrival prompted a chorus of cheers from the convoy of fans, and yet another when everyone actually fit.

But even four stations out of their way, fans stood shoulder-to-shoulder in the loaded cars.

“We’re like a bunch of sardines,” said one mother to her two kids, both pulled from school with “Giants fever,” she joked.

“What’s a sardine?” asked the boy, about six.

“Those little fishies that come packed in a can. Someone’s about to squeeze lemon on us and eat us.”

A smartly dressed man, sporting an oxford shirt and red-and-blue striped tie, held onto an overhead hand rail, looking only slightly perturbed as he read a document. On any other Wednesday morning he wouldn’t have seemed so utterly out of place, but amid a striking sea of black and orange, he was a sore thumb.

At each stop, the car shifted as passengers reluctantly shuffled, negotiating personal space boundaries to allow more people to board. As the train arrived back at Rockridge, no more could fit.

At MacArthur station, a tall 20-something who’d made the mistake of layering a thermal under his black-and-orange polo shook his head when a tall 20-something woman tried to board. There was no room. “She was cute. But not cute enough. I’m not sacrificing my space,” he laughed to his friend as the doors closed.

People tried to fan themselves without hitting their neighbors. As the doors opened momentarily at an Oakland station, a buried voice shouted from behind as some near the doors felt the relief of cool air: “It must be nice! Get it while it’s good!”

At 10:40 a.m., two teen girls talked strategy as they plotted the best way to catch the festivities. “Maybe we’ll make the end of it,” one of them said hopefully.

The train pressed on, pausing more and more frequently between stations due to traffic, as anxious parade-goers willed it on with pleas of “Come on” and “Let’s go!”

Finally, the caravan barreled through the Transbay Tube at regular speed, and minutes later, pulled into Embarcadero Station.

“They’re giving away free Giants T-shirts at Embarcadero!” shouted one man facetiously. “Better not miss it!” There were a few chuckles, but just two people off-boarded.

The train took off again, and the patient masses got a pleasant surprise when it stopped at Montgomery after all. At 11:38 a.m., it was the first train allowed back into the station. A healthy number of riders off-boarded, while others took their chances and headed toward Civic Center Station. At Montgomery, distant cheers reverberated through the BART tunnels. Pounding drums, blaring bullhorns and screaming fans were partially muffled by the sidewalk above.

Nearby, BART police officer Michael Maes stood watch as people came off the train. Maes said he and other officers had closed at least two entrances to the downtown station an hour earlier for crowd control. At that point, the backup of spectators spilled out from street level down into the station. “I brought my camera,” said Maes, as the cheers grew louder and the platform emptied once again. “I was hoping to get a photo.”

BART Police Commander Daniel Hartwig said that two of Montgomery Station’s eight entrances were closed to ensure that stations weren’t overwhelmed. Hartwig said BART police had plans at the ready to close other stations in the system, like Civic Center, Embarcadero and Powell, if homeward-bound fans created an afternoon backup. “This is a popular location, because it’s in the heart of the parade.”

Aboveground, Hartwig’s words proved an understatement. The scene was surreal. Passengers struggled to exit the stairs and pushed into the throng of adoring fans at the corner of Post and Montgomery just as the parade passed through the intersection. Market Street was thick with Giants revelers who acted more like family. Fans stood on the BART station stairwell walls, on a stationary cargo truck amid the crowd, and on the precarious-looking plastic awning of a newsstand capsule.

The roar continued a few minutes longer, as the last of the players glided past, unseen by most at ground level. Then the euphoria was over, people turned away, satisfied but quickly growing impatient again, and looked for a way out. 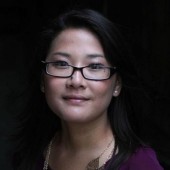