Day of the Dead Was Not Always a San Francisco Celebration Score 0%Score 0%
Altar at the Marsh

Up and down inside the windows along Valencia Street are Day of the Dead altars celebrating loved ones no longer on earth. And inside Encantada Gallery, owner Mia Gonzalez, hair piled high Frida Kahlo-style, sits perched behind her counter, ready to help customers find the ingredients to make altars and calaveras, or sugar skulls.

It is unmistakably the season to celebrate the dead, and business is good.

Nowadays in San Francisco Dia de los Muertos is nearly as well-known as Halloween, but Gonzalez can remember a time when ingredients weren’t always so readily found; a time when even she wasn’t sure how to make an altar.

“We were Chicanos, fighting for our rights and looking back to our roots,” said the San Francisco native, referring to the time of the Vietnam War, the culture wars, the Chicano movement. Fellow artists imported the Day of the Dead from Mexico as a way to connect with their roots, to confront the deaths from the wars in Vietnam and Central America, and later as a way for the city to mourn the young men dying from AIDs.

It was in the the turbulent 1970s that Ralph Maradiaga and Rene Yañez, fellow artists and founders of Galeria de la Raza, decided the time was right to bring Mexico’s Day of the Dead to the streets of San Francisco. One of the key elements in the indigenous celebration of death is the traditional altar, or ofrenda.

Maradiaga recruited Gonzalez to help make the first altars. “It was exciting! Imagine we did not know what we were doing. There were no examples, no photographs, we had to start from scratch,” Gonzalez said. Like many of her peers, she had grown up in San Francisco at a time when being Mexican was not popular. She  even had to relearn Spanish. But slowly the artists began piecing their cultural past together, one altar at a time. Yolanda Garfias Woo, a San Francisco artist, had studied Mexico’s folk customs and art, and helped the others. “Think of your family; what did they do?,” Garfias Woo prodded Gonzalez when she struggled to create hers. “I had only seen my grandmother prepare for Christmas,” Gonzalez said. She ended up drawing heavily on those elements, including angels and candles, in her first altar.

But they also looked to the work of Mexican artists for the decoration of their altars. “We were inspired by Jose Guadalupe Posada, Diego Rivera and Frida Kahlo, they all had skeletons in their work,” said Gonzalez.

And they updated the altars to reflect the social and political reality of the day. “I made altars paying homage to political figures like Cezar Chavez,” Gonzalez said. In the end, the artists came up with their own creative artistic language to pay homage to the dead.

Not everyone embraced the altars immediately. “People were saying, ‘Are you doing voodoo? Are you going against the Church?'” Gonzalez recalled. “We realized we needed to educate people [outside the Latino culture] about what it was we were doing.”

The Day of the Dead celebrations took off when Granfias-Woo managed to make it part of San Francisco’s education programs, and school groups came to Galeria de la Raza for a field trip to learn about the celebration.

Gonzalez still marvels at the city’s embrace of Day of the Dead. “It really ignited a cultural practice which we had previously forgotten or done in secret.” It allowed Latinos to reconnect to their culture. “We rediscovered the intricacies of the Mexican arts and crafts,” she said.

In the 1980s, the Day of the Dead went beyond the Latino community and touched San Francisco at large. As Cary Cordova writes in her dissertation “The Heart of the Mission: Latino Art and Identity”: “As Día de los Muertos provided an emotional outlet for mourning, it also became a public event and political tool to speak out against the Reagan administration’s policies on AIDS and Central America.”

Much has changed over 40 years. The procession that began in the 1980s to mark the holiday has grown into a yearly event drawing a crowd of some 15,000. Some mockingly say it has been invaded by hipsters, and that little of the original spirit remains.

Mia Gonzalez shrugs her shoulders. She sometimes worries there are too many many people busy with creating art or “altar-egos” instead of paying homage to their ancestors. But overall she enjoys the yearly festivities. And she is realistic: “I don’t own it.”

The Dia de los Muertos Procession and Festival of Altars takes place on Tuesday, November 2, at 7 p.m. at 24th and Bryant streets, in the Mission District of San Francisco. 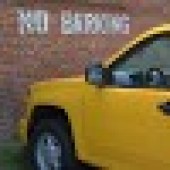