The Mission High Bears got a key fourth quarter stop, and rode a stellar defense to a hard-fought 16-13 over City rival Washington Eagles.

Both teams came into the game undefeated in the AAA season, Mission scraped by with a close victory Thursday on their home turf at Kezar Stadium.

Leading with 3:34 left to go, a third down sack of quarterback Davon Hargraves forced the Bears to give Washington the ball on Washington’s 35.

Bears defense began to put pressure on the Eagles, forcing crucial mistakes. First, a false start: Washington lost five yards. Then Washington quarterback Aram Gevandian made an incomplete pass to receiver Peter Tran. On the next down, Bears defense broke through, sacking Gevandian. The junior quarterback was nearly sacked again on the following play, but managed to fire off another incomplete pass. The Bears had shut down any forward motion from Washington, with less than two minutes left.

Mission linebacker Jaleel Stancil raised his hands, indicating for the thin-spread crowd to make more noise. The cheerleaders — and several parents — shrieked even louder into the echoing stadium, meant for far larger events.

The Eagles quarterback botched a long fourth-down pass attempt, sending it sailing over his receiver’s hands and into the Washington sideline.

Mission was back in possession, with the lead, and just over a minute left. With the clock still running, Mission offense took a knee to their victory.

“That was close,” one player said in the post-game huddle.

Mission’s first half defense was effective in keeping Washington’s possessions short. After Washington’s first drive and successful first down, the Bears forced and recovered a fumble.

Still, the Bears offense had a rough start. Favoring fullback Stancil and running back Davonta Gaines, Hargraves took the ball to the Eagles’ 10-yard line, and then threw an interception into the hands of Washington’s Galen Hall.

After a scoreless first quarter, the Bears picked up momentum when Hargraves retaliated by snatching up a pass interception of his own. The Bears offense rushed their way up field, alternating between Gaines, Stancil and senior wide receiver Alec Tatum, who caught a miraculous 12-yard pass for a first down that set the team up for their first touchdown.

In spite of some sloppy snaps from center Mane Fale, quarterback Hargraves handed the ball to Gaines for a 14-yard touchdown with seconds left in the half.

The Bears followed up their touchdown with a two-point conversion caught by wide receiver Algeron Marlbrough to bring the score to 8-0.

Seconds into the third quarter, Laron Davis made an 86-yard kickoff return for another touchdown, and Hargraves hit up Stancil for another two-point conversion.

Suddenly, Mission seemed to lose steam, and Washington had its second wind. Down 16-0, Washington drove 77 yards downfield in seven plays — producing over half of those yards in just two plays and pushing the defense back to the three-yard line. Eagles’ Lajarie Mabrey took it in for the first points scored against the Bears in their regular season.

Washington immediately won back the ball after a bobbled kickoff return, but Mission forced another fumble, recovered by Kevin Hall.

By this time, Mission offense tanked with the loss of Gaines, who appeared to have a leg injury. The Bear’s offense was hardly a whisper, putting up a mere 9 yards against the Eagles. Davis and the defensive team had to take the reins in containing the Eagles.

Washington offense ultimately controlled the ball throughout the third quarter. After thwarting the Bears’ attempted 4th down conversion with just inches to go, Washington regained the ball at their own 33-yard line. Washington senior running back Jeremy Jetton carried the ball in another 19 yards in two plays for a first down. Eagles wide receiver Tran followed with a touchdown off a 10-yard pass. The Eagles opted for an extra point, leaving the Bears with a precarious 3-point lead.

In the fourth quarter, however, no one seemed to be in control. Both teams had costly penalty calls; Mission had back-to-back penalties, and Washington losing ground in two drives that had inched them closer to the end zone.

After two incomplete passes — one of which was swatted away from a Washington receiver in the end zone by Laron Davis — Washington kicker Adam Badi missed a crucial field goal that could have tied the game in the middle of the fourth quarter.

With both teams’ offenses unproductive, the Bears defense only had to hold out until the clock ran out.

“I was getting a little nervous because they were coming back and it didn’t seem like our team was blocking. But we played hard on defense,” said Mission defender Laron Davis, who was key on both sides of the ball.

“It was a nail-biter the whole way through,” said Mission’s assistant coach, Alex Ware.

Sophomore center Mane Fale explained his first-quarter frustration affecting his snap was in response to the offense turning over the ball so close to the goal. “I was mad and my anger got to me, but I got my head back into the game and everything came together,” Fale said.

In spite of the win, coach Albano told the team, “We still need to keep playing better football.”

“Wash[ington] is a damn good football team. I’m real happy that we could stay on their level,” he added. “I still think we have more to prove. That’s why we play each week. We stuck with one, if not the best team in the city.”

The Bears will face Lincoln High School next week at Kezar Stadium. 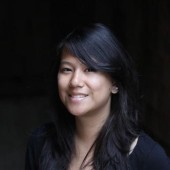