The Women’s Building: Breaking the Silence About Our Stolen Sisters 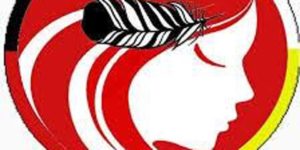 BREAKING THE SILENCE ABOUT OUR STOLEN SISTERS; #MMIWG This event is part of our Women’s Building Women Speaker Series where we bring together women leaders and activists whose work may not be getting the attention they deserve (both the women and the issue). This is an evening of converation to build awareness and inspire action. We will be “Breaking the Silence” aorund Missing and Murdered Indigenous Women & Girls, as well as women whose lives were stolen as they migrated from Central America to the United States. We will also update our audience about local governement efforts to combat gender based violence in San Francisco. The evening includes Native American Music, Ceremony and Art. Our Featured Key Note speaker is: MORNING STAR GALI, a member of the Ajumawi band of Pit River located in Northeastern California. She is a Leading Edge Fellow focusing on the disproportionate impact of the criminal and juvenile justice systems on Native Americans. Morning Star leads large-scale actions while helping to organize Native cultural, spiritual, scholarly, and political gatherings throughout California. Also speaking: KELLYLOU DENSMORE, newly hired Director of the SHARP (Sexual Harassment and Assault, Response and Prevention) office in San Francisco. The first government office in the country dedicated to ending sexual assault & harassment in SF. Plus other distinguished guests, including graduates of our Summer Advocacy Training Program. You do not want to miss this informative and inspiring annual event at The Women’s Building. Get your tickets today or simply make a donation. This event benfits The Women’s Building’s advocacy efforts against gender based violence and every dollar makes us stronger and more effective.
+ Google Calendar+ iCal Export