The Chapel: Circles Around The Sun 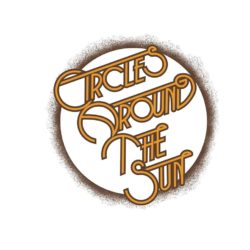 (((folkYEAH!))) Presents Circles Around The Sun $25 Let It Wander is the second album from Circles Around the Sun, but the quartet agrees that in many ways it feels more like their first.By now, the band’s unconventional origin story is well known. Three years ago, guitarist Neal Casal formed the band with keyboardist Adam MacDougall (his bandmate in the Chris Robinson Brotherhood), bassist Dan Horne and drummer Mark Levy to record some Grateful Dead-influenced instrumentals to be played during the set breaks at the Dead’s “Fare Thee Well” concerts. “That was supposed to be the end of it,” Casal says.Instead, there was an album, Interludes for the Dead, followed by several acclaimed live performances. The response was so positive, and the band was having so much fun making music together, that they agreed to keep it going, MacDougall says. “The chemistry the four of us had was instant and undeniable. It felt like we’d barely scratched the surface of what we could do, which is why we wanted to get back in the studio.”It took nearly three years, but Circles Around the Sun – usually shortened to CATS – finally returned to Castaway 7 Studios in Ventura, California earlier this year. After the long wait, they made the most of their two weeks together, recording and mixing seven new instrumentals, enough to make Let It Wander a double album.The players and the studio were the same, but Horne says the band’s approach to the music was completely different. “We were chasing a particular sound the first time around, so the process was slightly more structured. For this record, that map was gone, and we were on our own.”Embracing their newfound freedom, CATS responded with seven focused performances filled with imaginative musical turns. Horne and Levy form a veritable groove machine that knows intuitively when to tighten up and when to stretch out. They expand and collapse the rhythmic pocket around Casal and MacDougall, who pass melodies back and forth in an elaborate game of musical tag as they take turns adding color and shade from a seemingly endless kaleidoscope of cosmic sounds.Unlike the first album, Levy says there was enough time to go back and add some overdubs to the basic tracks. “We tried not to get too crazy building up the sound, but we experimented with different things, like Neal doubling up his guitars on ‘One For Chuck,’ and Adam creating a Minimoog symphony on ‘Immovable Object.’ We also had my friend Jeff Franca add percussion to ‘On My Mind’ and ‘Electric Chair (Don’t Sit There),’ which really added another dimension to those songs.”One of the highlights from Let It Wander has to be “One For Chuck,” which was the first track the band finished. While they were in the studio playing back the song, Casal says Chuck D – the charismatic leader of the legendary rap group Public Enemy – unexpectedly stopped by. “When the track was over, he said: ‘You guys are real, organic musicians. You can’t be replaced. Don’t ever forget that.’ It was amazing to get that kind of encouragement from an artist we all love. We asked him to record an intro for the song and he was kind enough to do it. That’s how the song got its name.”The other song titles are more enigmatic, but according to the band they do have their own internal logic and sense of humor. “Tacoma Narrows” started out as the bridge in a different song, so they named it after the Tacoma Narrows Bridge in Washington State. “Immovable Object” is a reference to the melody that MacDougall plays on the Rhodes electric piano at the start of the song. Even as the chords change around it, the melody line stays the same for the entire song. The ancient city of Halicarnassus was home to a beautiful mausoleum that was named one of the Seven Wonders of the World. The song “Halicarnassus” is played in 7/8 time, which means there are seven beats in every measure. “A little time signature humor to make the music nerds smile,” MacDougall jokes.Even if you’re not a music nerd, there’s plenty to smile about on the new record, from the easy-going groove that keeps “On My Mind” grounded, to the celestial symphony that sends “Ticket To Helix” into orbit. “More than anything, what you hear on this album is a band growing into its own sound,” Casal says.
+ Google Calendar+ iCal Export