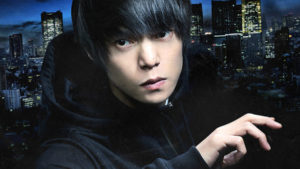 Based on the massively popular manga and anime series, Tokyo Ghoul is set in a world full of beings who eat humans and have been living among them in secret. After a chance encounter left mild-mannered college student Kaneki implanted with organs from the ghoul who attacked him, he’s been at war with his own new inner ghoul. Now a sketchy ghoul named Gourmet invites Kaneki to dine with him at a special restaurant where the young man may find himself on the menu. In Japanese with English subtitles.
+ Google Calendar+ iCal Export