Roxie Theater: The Silence of Others 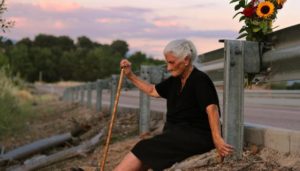 Director Robert Bahar in conversation with Almudena Bernabeu, co-founder of The Guernica Group, after the Fri, 5/17 show! “This is the place. This is where my torturer lives,” explains José María “Chato” Galante. Unbeknownst to much of the world, in Spain today, torture victims live just blocks from their notorious police torturers, who walk free every day. Tens of thousands of parents continue to search for their children who were likely stolen at birth. And families desperate to recover their loved ones’ bodies from thousands of mass graves across Spain are blocked by their own government from doing so. Filmed over six years, The Silence of Others reveals the epic struggle of victims of Spain’s 40-year dictatorship under General Franco, as they organize a groundbreaking international lawsuit and fight a “pact of forgetting” around the crimes they suffered. A cautionary tale about fascism and the dangers of forgetting the past. Directed by Almudena Carracedo & Robert Bahar. Executive Producer: Pedro Almodóvar!Spain. 2018. 96 min. DCP. Spanish with English subtitles.
+ Google Calendar+ iCal Export