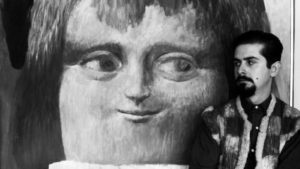 The definitive profile of one of the world’s most popular living artists.

Colombian artist Fernando Botero is one of unmistakeable style – the round figures and smooth faces are unquestionably his. His paintings and sculptures have been shown around the world, and his works spark a response in critics and children alike. At the core of his art is an unwavering commitment to a set of ideals surrounding volume, sensuality, and art history. His style is his lens on the whole world – ballerinas, bullfighters, drug traffickers, bishops and prostitutes – nothing escapes Botero’s brush.

As he settles into his 80s, Botero reflects on a life of youthful passions, a self-made education in Europe, and the mastering of his crafts throughout decades of change in the art world. He recounts markers of success, status, and excellence across the globe – public museums in Colombia erected in his name, shows in China with over one million visitors, and an exhibition of Boteros and Picassos side by side in France. Yet to the Maestro, all of these accolades pale in comparison to his time in the studio. In the artist’s own words – “my life is to paint.”

A photo of a painting by Botero with photographers around the painting taking photos.

Botero, the film, explores this amazing journey with intimate interviews with the artist, his family, and leading figures in the art world. The film also includes first-hand encounters with Botero’s still wildly popular public exhibitions and never-before-seen glimpses into his personal archives, untouched for forty years.

Directed by Don Millar, 2018. 84 mins. DCP. In English and Spanish with English subtitles.