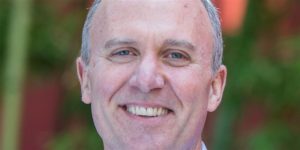 Climate is a leading issue in the 2020 elections. But who will be the best candidate to address this issue?

The Climate Cocktail Club is launching its Bay Area presence on January 9, 2020, and we’re excited to have Greg Dalton, host of Climate One , as our kickoff speaker. The event will be held at Manny’s in the Mission from 6-8 PM and will be a “fireside chat” format consisting of casual audience Q&A immediately following Greg’s remarks. Food and one free drink provided.

Greg Dalton founded Climate One at The Commonwealth Club in 2007 after traveling to the Russian Arctic on a global warming symposium with climate scientists and journalists. Today, he and his team produce a weekly radio show that airs on public stations in California and around the country in addition to a weekly podcast.

Greg holds a master’s degree in international affairs from Columbia University and a bachelor’s in politics from Occidental College. Greg speaks rusty Mandarin and kitchen Cantonese.