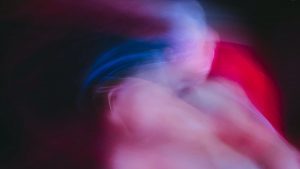 On January 15, Bay Area’s own ASTU and Salami Rose Joe Louis take the stage for our first Patch Pulse A/V performance of 2021, filmed live in the Grand Theater. From ASTU’s unique blend of soul, R&B and synth-pop to Salami’s beautifully woven vocals and keys, this is sure to be an evening you won’t want to miss! This evening is curated by Diego Mungia. The event will be livestreamed online for free. Ticket sales go towards directly supporting the artists & Gray Area — please consider contributing what you can. RSVP: https://grayarea.org/event/patch-pulse-astu-salami-rose-joe-louis/ Artists: ASTU https://www.astumusic.com/ Part retro soul, part nineties R&B pastiche, part New Wave-inspired synth-pop, ASTU’s music refuses to pledge allegiance to a single vibe. The Oakland-based singer/songwriter has the ability to find an easy, irresistible groove and turn it into a unhurried banger. The depth and complexity of her buttery alto on Patterns, her debut project, has garnered critical acclaim from Afropunk, Earmilk, KQED and more. ASTU’s debut album – ALTARS – builds upon Patterns and asks us to make altars of our bodies and honor our personal truths in order to find the freedom we all seek. From silky, slow jams to trip-hop-esque grooves, ASTU keeps us wanting more. Variance Magazine describes her sound as “…kin to some of Solange’s recent material with the whispering confidence of Kelela…” while KQED raves, “…a particularly insightful and self-assured debut, sure to count as one of the Bay Area’s most notable releases this year.” Salami Rose Joe Louis https://salamirosejoelouismusic.bandcamp.com/ Salami Rose Joe Louis is a multi-instrumentalist producer from California and a recent signee to Flying Lotus’s independent label Brainfeeder. Drawing influences from jazz, soul, and hip-hop, she creates a blend of experimental dreamy sounds with jazz influenced vocals and piano. She recently released her debut album on Brainfeeder “Zdenka 2080”, a conceptual sci-fi album that has been described as a “stunning interdimensional travel themed new album” by Gigwise. Drawing from her studies in planetary sciences, she creates a celestial experience filled with space inspired sounds and galaxy chords.
+ Google Calendar+ iCal Export