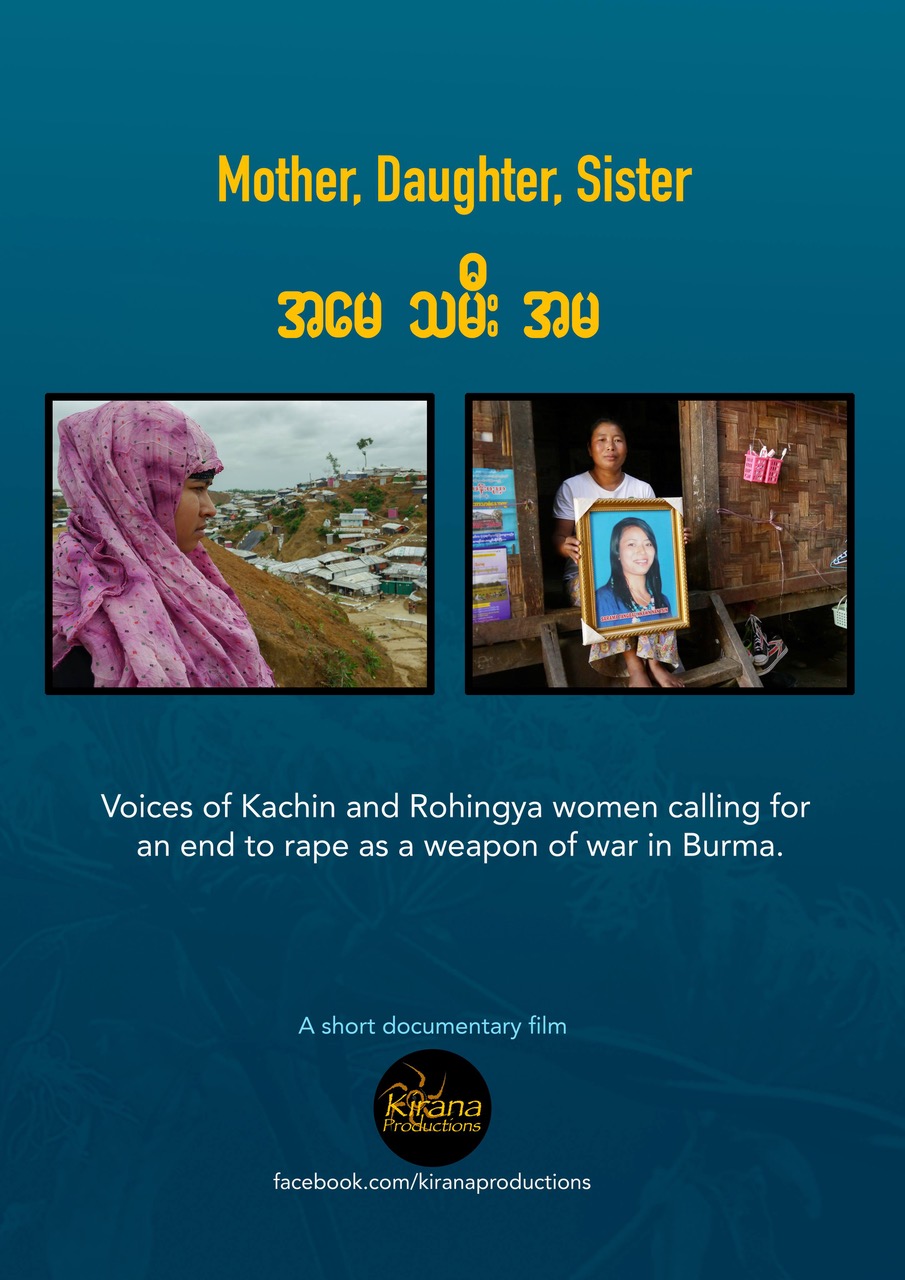 Join us for a special screening of the documentary “Mother, Daughter, Sister” by award-winning director Jeanne Marie Hallacy, followed by a Q&A discussion.

Last year, 700,000 Rohingya refugees fled to Bangladesh, escaping a brutal campaign of violence at the hands of the Burmese military.

A groundbreaking new documentary film, “Mother, Daughter, Sister,” exposes the brutal campaigns of rape and sexual violence against Rohingya and Kachin women – and the survivors and families fighting for justice and accountability.

A Q&A will follow the screenings with director Jeanne Hallacy and other special guests. We have three special Bay Area screenings: