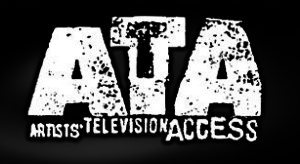 KEVIN B. LEE on HARUN FAROCKI + KONRAD STEINER on GUY DEBORD
Keeping with our commitment to critical cinema, here’s a program that extols not only the modern “film essay”, but also the emerging genres of “video essay” and “desktop documentary”. Kevin B. Lee—creator of 360 video essays (most famously Transformers:The Pre-Make) and first-ever Goethe Artist-in-Residence at Berlin’s new Farocki Inst.— sends in rare HarunFarocki material. Kevin’s digital mastery re-invents the keyboard/interface as a new creative palette for art-criticism, that opens up media in a “real-time graphic” way. CO-BILLED is local kultur hero Konrad Steiner, who generously took on the task of producing thee best English-dub of cine-essayist GuyDebord’s infamous In Girum… (the entire title’s a French palindrome for We Spin Around the Night Consumed by the Fire), with Dore Bowen (also in person) reading from Ken Knabb’s translation. Not seen in SF for over 12 years, this was the Situationist firebrand’s last and arguably best before suiciding, crystallizing his critique of the Commodity/Spectacle.