People We Meet: Knowledge is forever 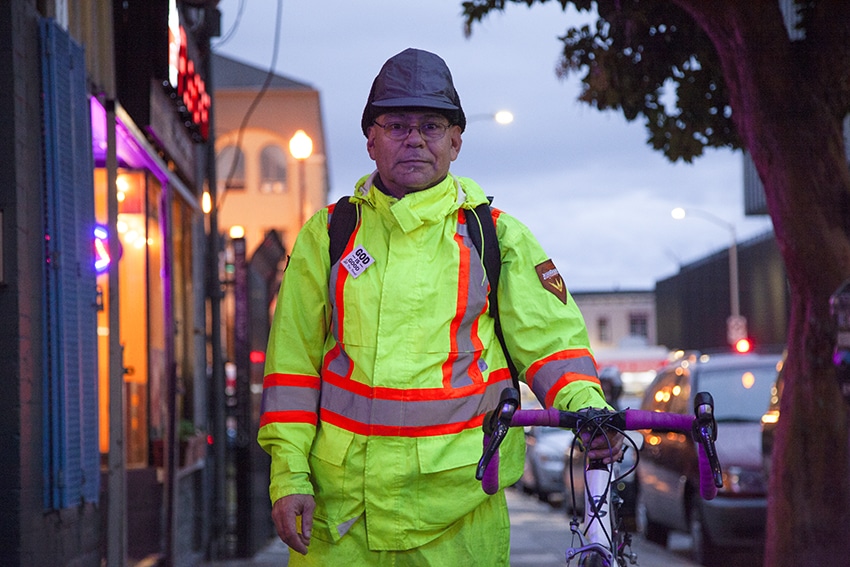 Rafael Calderon moved to the Mission District at the age of 13 from Southern California. It was 1975 and most of his friends were from different countries and different backgrounds. It was very cultural, Calderon said, and neighborhood kids would link up and play soccer in the parks, meet at Dolores Park for a hoop game, and cruise down the streets in a lowrider.

“We used to do a lot of community gatherings, we still do, but I’m 57 now so I’m not in the mix,” Calderon said.

As he got older, Calderon traveled and left the area. He’s been in-and-out, but the Mission is home and he always comes back. He lives in the neighborhood and he works several jobs to help his family and pay for his kid’s college tuition.

He has five kids now, and he tells them to go further in education. No one can take your education, he said, and Calderon had established a bank account to help pay for his kid’s tuition. But he knows what’s best is that they enjoy whatever they are doing.

“At the end of the day, success is in the eye of the beholder,” he said. “You could be a starving artist, but if you enjoy what you do you’ll be successful. Success is how you feel.”25