Some parents have said they are concerned that the recently opened Helen Diller playground in Dolores Park lacks a fence to keep out dogs, which can scare, chase or hurt their children.

Andre Kellerman, a neighbor who lives opposite the park, said she recently saw a pit bull wandering in the playground.

“It was just running aimlessly through the playground and it knocked down a toddler as it went though,” she said.

Though the encounter resulted in no injury, Kellerman said the absence of a fence allows any of the off-leash dogs in the area to enter. “An incident that does not end so well is bound to happen,” she said.

Jana Thompson, another neighbor living close to Dolores Park, also saw the incident. To her, it feels as though “dogs have taken precedence over kids” in Dolores Park. Several neighbors have written to both the San Francisco Recreation and Park Department and district Supervisor Scott Wiener.

Connie Chan, deputy director of public affairs at Rec Park, said the playground has never had a fence and the current design was the result of a lengthy debate between residents, designers and authorities.

In the end, she said, participants decided it was best to use plants as a form of buffer instead of fencing the playground. “The design of the planting buffer would create a natural barrier to prevent dogs from running in,” she said.

Chan said the decision also stemmed from the practical concern of accommodating park users for sitting and viewing, especially during special events.

Robert Brust, co-founder of Dolores Park Works, agreed with Chan, stressing the importance of keeping large, open spaces for the park to remain fully accessible to the public.

“The big lawns are necessary for the use of the park as a civic venue,” he said.

Wiener said he has received “several dozen” messages from concerned residents. However, he supports the decision to not fence the area. The playground, he said, is “an asset to the park,” and “radically changing its design” would be inappropriate.

Wiener said that another factor in the decision not to fence was the desire to accommodate a larger population of children in the playground. “Helen Diller is not just for younger kids,” he said. “It is also for older kids, and we thought a fence could put them off.”

Nancy Gonzalez Madynski, a lifelong Mission resident who took part in the planning discussions, said it “is no oversight” that the fence was left out of the final design. To her, it seemed unfair to isolate the children behind a fence.

“Dolores Park is a mixing area where everyone is welcome,” she said. “It made no sense to segregate in any way.”

However, city officials are not insensitive to parents’ concerns.

Brust said that Rec Park manager Eric Andersen, who did not return Mission Loc@l’s phone calls, wants to “keep the option to put up a fence.”

“A small, low, ornamental fence around the north side of the playground may be a good idea,” Brust added. 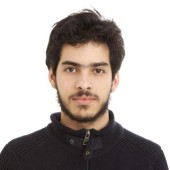