CrowdFlower Gets Gamers to Do Real Work for Virtual Pay At first glance, 455 Valencia Street is just another faceless building. Step in and you’ll see a bunch of cheerful 20-somethings tapping away on their keyboards. There is an air of informality in this office. No one — not even the chief executive officer — has a cubicle.

Welcome to CrowdFlower Inc., a three-year-old player in the crowdsourcing industry that taps a vast global workforce of people to perform tasks 24/7 cheaply and flexibly. Lukas Biewald, the mild-mannered 28-year-old CEO of CrowdFlower, hardly looks like a revolutionary. But in the world of work, that’s exactly what he is: More than half of the tasks the company crowdsources are done through online games, and the workers get paid in virtual currency.

Here’s how it works. CrowdFlower embeds tasks in online games like FarmVille, Restaurant City, It Girl, Happy Aquarium, Happy Pets, Happy Island and Pop Boom. This means that the estimated 80 million gamers — from teens to homemakers — who are hooked on FarmVille, Zynga’s popular virtual farming game on Facebook, can be transformed into a virtual workforce.

To get to the next level in FarmVille, for example, the gamer might need 600 XP (XP means “experience” in Farmville parlance). So the gamer might buy a bed and breakfast building for $60 in FarmVille cash, which would earn him 600 XP. But for many gamers, revenue — and XP — from crop harvesting comes too slowly.

To earn game money quickly, the gamer can click a tab on the FarmVille page that links to real-world tasks to be performed by crowdsourced workers. Once the task is successfully completed, the gamer gets his FarmVille cash and CrowdFlower is paid by the client. The latter pays in real money, usually with a 10 percent markup.

Not all of CrowdFlower’s work is done through gaming, but it is the most important segment. Some of CrowdFlower’s virtual laborers work with outsourcing companies and Amazon’s Mechanical Turk, a crowdsourcing platform. A small portion of the work is done by people in refugee camps in Dadaab, Kenya, through a San Francisco-based company called Samasource Inc. Still other channels, like Inbox Dollars, allow payment for tasks in rewards and coupons, such as airplane miles.

Of the tasks that CrowdFlower handled last year, half were done through online gaming channels and paid for with virtual cash, 40 percent were executed by outsourcing companies and Mechanical Turk and paid for with real money, and 10 percent of the work was paid through rewards and coupons, according to the company.

“This segment has nearly doubled every quarter for us since we started using gaming in 2009,” Biewald said in an interview.

According to a survey by investment bank ThinkEquity, consumers paid $1 billion for virtual goods in the United States in 2009. The bulk of this was in social gaming.

Managing this crowdsourced labor sector is far from easy.

“When you work in an anonymous way, you don’t quite have the same connection and sense of responsibility,” said Biewald. That’s why CrowdFlower has tried to “humanize” the process to create that connection, he said. The company explains online why the tasks need to be done, thanks the workers for doing a good job, and lists an e-mail address and phone number for handling problems.

For quality control, CrowdFlower hides questions to which they already know the answers. If workers miss them, they are told to be careful. Like other tasks outsourced by CrowdFlower, the same task is given to multiple people to ensure quality.

Vulnerability to hackers is another potential threat. “We have to build a more robust system here because there is always that gamer who wants to hack into your system and get tons of game credit,” said Biewald.

Then there is the challenge of using underage gamers. CrowdFlower doesn’t put certain tasks on games — such as those involving pornography — because game companies don’t want to be associated with pornography and it’s hard to shield kids from it when they are playing, Biewald said.

The Birth of an Idea

Stanford-educated Biewald was a senior scientist at the San Francisco-based search engine company Powerset Inc. when he hit upon the idea of starting a crowdsourcing company. Biewald needed people to vet Powerset’s search results, and it didn’t make much sense to hire full-time employees to do it, so the company turned to Mechanical Turk, an online marketplace for work owned by Amazon.com. This solution worked well and was much cheaper, but the reliability of the results was an issue.

Biewald and his Powerset colleague Christopher Van Pelt saw an opportunity to offer companies high-quality crowdsourced work. Both men have solid engineering skills — Biewald has machine learning and machine translation skills, Van Pelt is proficient in XHMTL, CSS, JavaScript, Ruby, SQL, Linux and scaling. In December 2007, Dolores Labs (later renamed CrowdFlower) was born. Biewald became CEO while Van Pelt, a studio artist and web engineer, became the chief technical officer (though the company’s website says he prefers the title “Chief Awesome Officer”). Quality was built into the system by including algorithms to constantly gauge the workers’ proficiency. When the same task is given to multiple people, it’s easy to weed out errors.

Gaming was incorporated into the business by chance. In its early days CrowdFlower shared office space with a social gaming company called Serious Business, which made most of its money through offer walls, web pages where offers to earn virtual goods and services are posted. “That gave us the idea,” Biewald said. One day Noah Kagan, the chief marketing officer of Facebook advertising company Gambit Labs, visited Serious Business because he wanted to advertise inside games. In the elevator, Kagan ran into Biewald and told him that a lot of the ads he posted looked very “scammy.”

“I realized that the kind of tasks we had look a lot like advertisements but are more useful for the world,” Biewald said. As a result, CrowdFlower partnered with Gambit — and that marked the beginning of crowdsourcing through gaming.

CrowdFlower got $5 million from venture capital funds Bessemer Ventures and Trinity Ventures, and another $1.2 million from angel investors at the height of the recession. This compares well with similar companies like the relatively new CloudCrowd, which recently raised $5.1 million in a Series B funding round led by Draper Fisher Jurvetson. CloudCrowd had raised $1 million in October 2009.

CrowdFlower defines its labor-on-demand services as “cloud computing with human workers.”  Among its selling points: The crowdsourced labor is flexible, scalable, inexpensive and able to perform tasks that a computer doesn’t do very well, such as reporting the contents of a photo.

A simple task that takes 10 seconds can pay five or 10 cents. The tasks, whether performed by a gamer or another outsourced laborer, consist of simple, often repetitive actions that don’t require too much brain power, such as verifying business addresses or trawling through a company website to check for pornographic content and copyrighted pictures that need to be removed.

Tasks that take longer to do or require more involved thought processes can pay more. On-site verification of business listings is one such task, where the worker has to go to a business and take a photo of it to confirm that it still exists and really is what it says it is. Since these are microtasks, pay per hour depends on the speed of the worker and complexity of the task. As a result, crowdsourcing companies generally pay less than minimum wage and draw workers from around the world. CrowdFlower uses 500,000 workers in 70 countries around the world, including the United States.

CrowdFlower has already executed tasks for Fortune 500 companies like eBay, Microsoft and Yahoo. The company says many clients don’t want to be identified. After the Haiti earthquake, the U.S. State Department roped in CrowdFlower to help organize relief efforts so that people in need of help would send an SMS to an emergency SMS number. CrowdFlower sent the messages to Haitian diaspora in various parts of the world, who translated them and sent them back so that emergency workers could organize rescue operations. CrowdFlower said its revenues are growing, but declined to reveal figures.

CrowdFlower is still a small player, but has had almost “infinite growth” since its inception, said Sharon Wienbar, managing director of Scale Venture Partners, a Foster City-based venture capital company that has invested in other crowdsourcing companies like uTest. According to Wienbar, there are 200-odd crowdsourcing companies that deliver about $1 billion in services annually.

Investors are keenly watching this space. “There is a big opportunity at the intersection between the future of work and gaming,” says Saad Khan a partner in CMEA Capital, a San Francisco-based venture fund that has invested in crowdsourcing company LiveOps Inc. “I am excited about it.” The potential labor market is huge because, according to Khan, 3 billion hours each week are spent in gaming, 500 million people spend more than an hour every day gaming, and 7 billion minutes a month are spent on Facebook.

What About the Law?

Even as CrowdFlower’s business grows exponentially, concerns abound. One of the biggest is child labor. A lot of gamers are minors, said Alek Felstiner, a third-year law student at the University of California, Berkeley, who specializes in employment law and cyber law.

“They are voluntarily doing this work and getting something out of it, so it’s hard to call it exploitative,” Felstiner said. “But if you spend as much time on gaming as you do now, and work takes place inside these games, there is no reason why some work laws shouldn’t apply.”

Wage laws probably still apply if a child spends one to two hours a day doing crowdsourced tasks and it interferes with their studies in a way that child labor laws are meant to prevent, Felstiner said.

Another big concern is what constitutes a fair wage. “Are you paying people a legal minimum wage and are these people more like employees, or is it an arm’s-length transaction?” Wienbar said. So far, federal law has not evolved to include crowdsourcing, but some industry watchers say that is still a possibility. “There are people in the crowd who are earning a living doing crowdsourcing work alone,” Wienbar said.  “If you have a valuable skill you can sell, you can make a living on this model alone. Some day someone will have an issue with this, and companies will need to pay benefits and taxes.”

Biewald understands that there are issues yet to be sorted out. “In terms of regulatory issues, the law is not equipped to deal with what we are doing.” 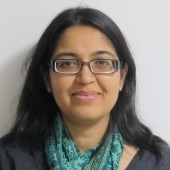